Waterlution, the Media Education Centre, and Our Future first are thrilled to announce WIL Balkans, a capacity building and innovation acceleration initiative involving young water leaders who work extensively in the Balkans. Together, these young people will increase the Balkan’s adaptability, resilience, and innovation leadership in the face of climate change.

Innovation teams will create entrepreneurial projects that tackle one of four core themes:

OUR Water in the BALKANS needs

Field trips with presentations from expert resource guests and community dialogue will deepen the understanding of the challenges from a human-centered perspective.

As skills are developed, innovation teams will create projects that tackle one of four core themes based on the strategic priorities identified by the 2022 Balkan Youth Environmental

Thanks to support from our funders, this program is offered for free for participants who are accepted.

Balkans youth who have successfully completed Phase 1 and Phase 2 will advance to Phase 3 where their innovation projects will receive additional incubation support.

Participants will meet each other and begin expanding their network; we will share an introduction to the program and get prepared to gather in person.

In Person Tours and Field Visits

30 youth will participate in a weeklong interactive program providing leadership skill development, resource guest presentations, field visits, and learning about water and climate challenges. Participants will have an opportunity to visit river basin commissions, sites of ecological and cultural significance, and to engage with farmers and ecologists. In addition to knowledge-building, the early-stage formulation of team-based innovation projects will begin during phase 1.

Participants will have two month to return home and reflect on their learning, skills and experiences. During this time, along with their communities, they can consider how to apply new solutions within their local context. To mobilize their knowledge, virtual communications, coaching and digital media literacy trainings will be offered to engage participants in delivering their own local campaign. This phase includes office hours with organizing team members for innovation project coaching, mentorship for developing project pitches, and culminates in a virtual project pitch showcase. Selected teams will advance to Phase 3.

Balkans youth who have successfully completed Phase 1 and Phase 2 will advance to Phase 3 where their innovation projects will receive additional incubation support. Phase 3 invites youth back together in-person to receive additional training to advance their innovation projects to incubate and develop their ideas to be tested, piloted or prototyped. The in-person 3-day immersive will offer skill development (scenario planning, innovation training, storytelling, team building, communications and complex problem-solving). Additional local cultural activities will be organized amid the design training and team-work. These may include artistic interventions, river walks, etc.

Phase 3 provides extended mentorship for team members, incubation of project development, and initial steps for piloting or prototyping their innovation. Teams will participate in learning circles and skills workshops, anchored by experienced mentors and resource guests,

and dive deeper into the problems they are seeking to solve, culminating in a final pitch day.

*All in-person programs will only take place if safe to do so in the context of the global pandemic. Adaptations will be made as necessary to transfer to online if needed.

“An excellent experience. The ability to meet, collaborate, learn from, and work with various individuals from across Canada and the world made the WIL Global program one to remember. I would suggest any young professional coming up in a water resources-related field take the time to apply and take part in this fantastic program!”
- Daniel F., WIL Global 2020 Alumna
“WIL is a great way to learn how to take a more holistic approach to finding solutions to complex water challenges. I feel that by attending WIL I have learned skills to facilitate discussions on subjects of water challenges in addition to expanding my network of peers in the water sector.
- Jared W., WIL Canada 2019 Alumna
“It was such an amazing experience! I have never seen such an organised program that seeks to develop intellectual and entrepreneurial capabilities for youth while searching for innovative water solutions that benefits our society. WIL Lebanon made me a better researcher, problem solver, public speaker and critical thinker. Thankful for this life changing opportunity.”
- Fatima Zbib, WIL Lebanon 2020 Alumna
Previous
Next 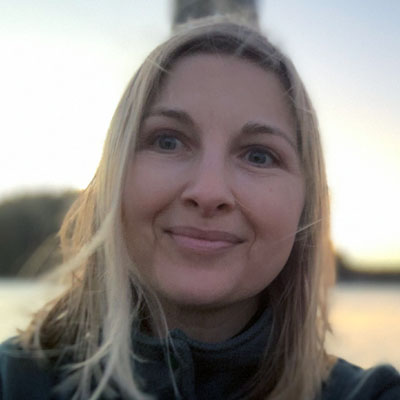 Karen Kun is the Founder and President of Waterlution, and co-founder of Greatness – The Great Lakes Project. She credits her time two decades ago living among Indigenous communities in Latin America as the inspiration behind applying water as a metaphor for everything essential in caring for and preserving ourselves and our planet. Seventeen years later, Karen continues to incorporate the practice of storytelling, building personal connections, peer-to-peer social engagement, and empathy as the fundamental tools in creating meaningful water dialogue. She is well known for her motto, which is to simply show up. Showing up has given Karen the opportunity to develop unexpected partnerships and to experiment with a variety of viewpoints and approaches. As a woman, mother, entrepreneur, risk-taker, mentor and Waterlution’s leader, Karen proudly supports all aspects of youth development. Growing the development of future global water leaders with the necessary tools to approach complex water issues has become a monumental aspect of Waterlution’s ongoing work and driver for change. Along with her water background, she is a skilled business leader who from 2005-2012 was publisher of Corporate Knights magazine. 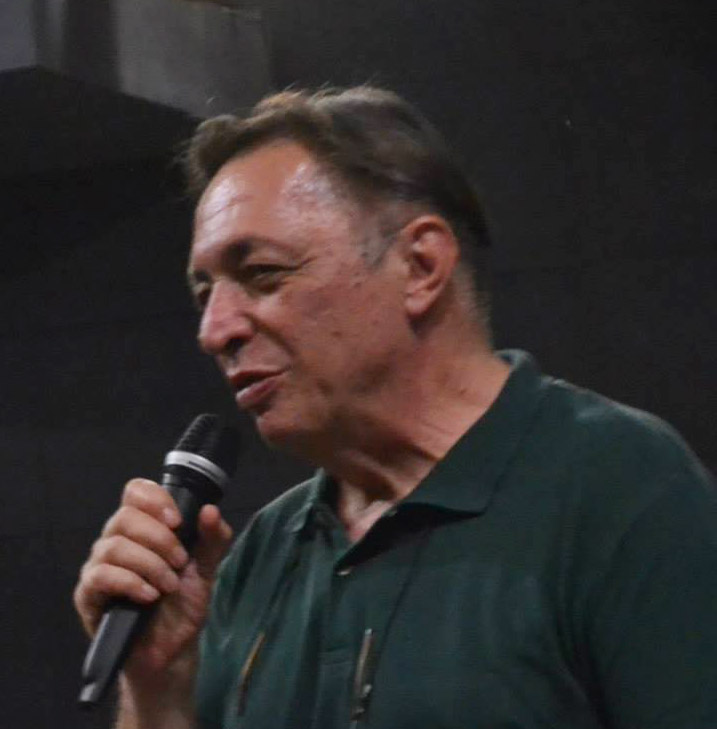 Organized-participated in many media and information literacy workshops in Serbia, South Korea, Iran, Italy, Bosnia and Herzegovina, Kosovo, Greece, Slovakia, Slovenia and USA with focus on media, film, animation and multimedia like strong artistic tool for social changing, promoting diversity and interculturality… Always very much involved in work with children and young people (Young directors, presenters and actors) specially producing for young people in many serials, Miomir Rajcevic starts to developing animation like great tool for media literacy and media education during the AGORA Audio Video Forum for Youth in Thessaloniki, Greece from 1997. With experience he has from different International Media Workshops, in collaboration with many School of Animation, he implemented numbers of animation workshops in Serbia and around the Globe: from the World Summit on Media for Children in Thessaloniki, Greece via many World Summit’s on Media for Youth 2006-2015 and different International, Balkan’s and National Media Workshops in Serbia. New Sailing Animation Classroom is Danube Peace Boat E.U.R.O.P.E. with Danube Waves Art Academy where Animation is Alphabet of the Media Literacy, main tool for understanding Media Language and create Messages understandable for everybody. 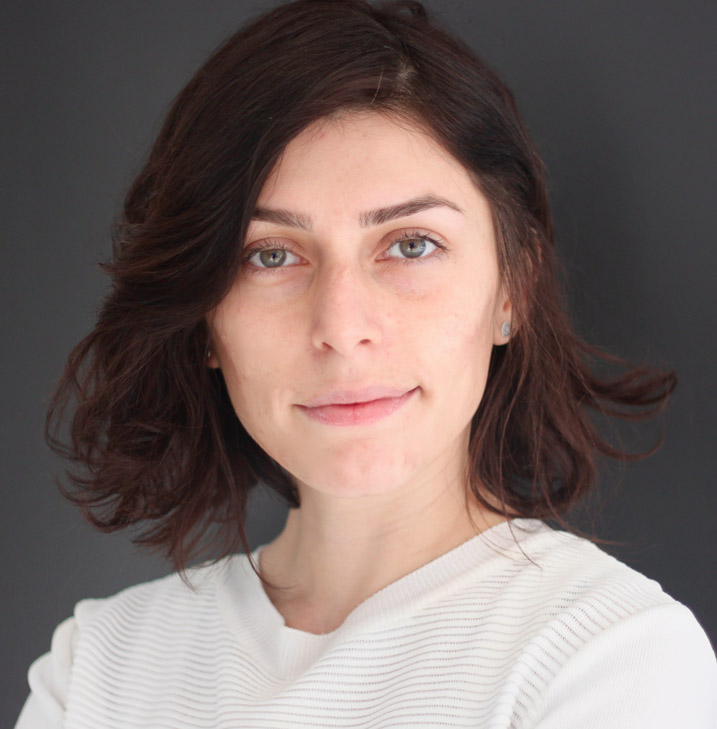 Natalija Vojno is a peace innovator with a decade of experience helping diverse groups align on environmental priorities and actions. As a watershed campaigner, speechwriter for Ontario’s Minister of the Environment, and global youth network leader she would align hearts and minds to advance water policies. As the Founder of Our Future First, she mediates, designs, and facilitates processes that help people identify their common values and actions to achieve more liveable futures. Natalija was trained in community mediation by St. Stephen’s House, cross-cultural dialogue by Soliya. And interest based negotiation training from the Clingendael Institute in the Hague and MIT’s Lawrence Susskind. Natalija holds a BA from the University of Toronto, and an MSc in Water Resources Management from UNESCO-IHE, in the Netherlands. She is an UNLEASH Innovation Lab alumna and a Rotary Peace Fellow at ICU in Tokyo.

I don’t have professional experience in the water sector but I’m interested in applying.

We encourage you to apply! Tell us about how you’ve been engaged with this topic, and the reviewers will see if you have the right background to be included. This is a young professionals space, and if you really feel you want to be there, put your best effort in. Diversity of experiences adds richness to the WIL program and we encourage applicants that have unique backgrounds.

I love the sound of this program, but I am not from Balkans.
WIL Balkans is open to people working, living, and studying in Serbia, Bosnia-Herezgovinia and Croatia. Unfortunately, we cannot accept global applicants, but sign up for our newsletter and/or follow our social channels as we do host global WILs!
Will I receive a certificate?

Yes, participants who complete the program will be eligible for a certificate.

How much time should I set aside to participate?

Please set aside 1-3 hours throughout the summer for mentorship meetings.

The in-person gathering is an immersive 4 day program with evening activities which are part of the networking. There will be wifi to check email and stay in touch, but the less work you can do during that week the better. This is a professional experience and you will get the most by being as present as possible!

Beyond the WIL programming there will be opportunities to advance innovation projects, with work schedules created by each project group.

I am a more experienced professional - are you looking for experts and speakers?

At Waterlution, speakers and experts are usually referred to as Resource Guests, where the role is to elevate the knowledge and skills of the young professionals participating. If you think you have a strong set of skills to contribute, please email megan.cornall@waterlution.org with your background and she will be in touch.

I have specific dietary needs, are they able to be accommodated?

We do our best to accommodate vegetarian, vegan diets and allergies and would work with you on a case-by-case basis. Participants will be sent a form where those details will be included.

What will happen if gathering is no longer possible due to Covid-19?

It is our sincere hope that the in-person portion will proceed as planned. The number of people attending has already been adapted to a lower number as a covid consideration. However if something happens beyond our control, we will revisit whether it will happen in person. (But our fingers and toes are crossed!)

Our strong preference is that people can stay the whole time; however, we understand that there can be exceptions and there is space for this included in your application form. It will be taken into consideration.

MEC is cultivating a New Generation, ready to combine peace, tolerance, knowledge and skills about cultural, historical, traditional and environmental heritage to transform our world; to take action actively! The Danube for Peace project encourages and empowers participants with the required knowledge and skills to become sociopreneurs and is shaping a new generation of active and engaged global citizens.

Our Future First establishes spaces for transformative dialogue, where core values can be expressed, and alternative outcomes imagined. An enabling process for collaboration is created where you own the final outcome. The Nasa Gora initiative equips youth with cross-cultural communication and entrepreneurship tools they need to become community leaders.