Water, Culture, Science and the Nature of Connection 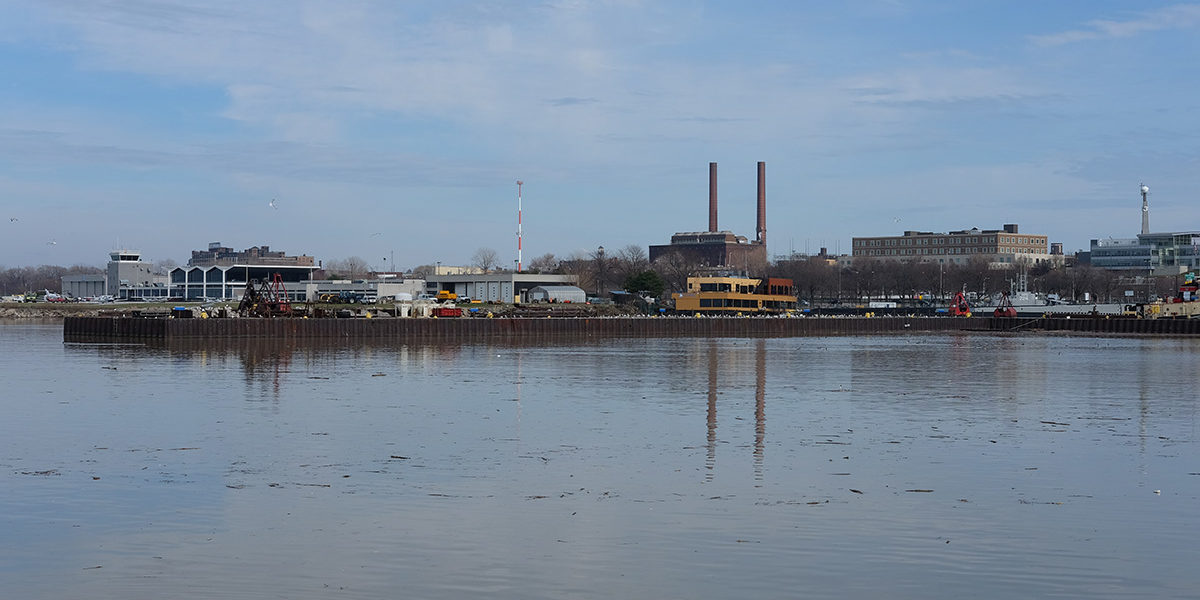 And here I thought Toronto struggled to connect with its Great Lake.

Cleveland, almost a sister city to Canada’s largest metropolis, has made accessing its Lake Erie waterfront laughably difficult. If the eight-lane I-90 highway and Cleveland Memorial Shoreway don’t make you think twice about walking the water’s edge, perhaps the five parallel Amtrak train tracks will. Or the sprawling FirstEnergy Stadium where the NFL’s Cleveland Browns play. Or the Burke Lakefront Airport. There’s no shortage of reasons for Clevelanders living and working downtown to simply forget that Lake Erie is there at all, despite the central role the lake plays in not only their lives, but the lives of all 40 million-plus people who call the Great Lakes home.

I started thinking recently about these connections and the barriers we’ve put in place that keep us from fully realizing the potential of the largest freshwater body on earth. Barriers aren’t always physical. Highways like I-90 in Cleveland or the Gardiner Expressway in Toronto are physical impediments to locals accessing the water for boating, picnicking or swimming, but they leave a lasting psychological mark as well. Should the highway ever come down, as some propose for the hotly contested Gardiner, it will take time for Torontonians to internalize that Lake Ontario is once again close at hand.

Some barriers are economic or geographic. I would love to visit the north shore of Lake Superior and hike part of the Great Trail that snakes along the waterfront. But Sleeping Giant Provincial Park near Thunder Bay is a 15 hour drive if you don’t stop. Driving south, I could reach Atlanta, Georgia in the same time it would take to reach Sleeping Giant. Ontario is a huge place. Closer to home, summer camps encouraging youth and new Canadians to explore the Great Lakes basin in hiking boots or kayaks are concentrated in large cities spread great distances apart. And for those fortunate enough to live in urban areas throughout the basin, cultural amenities that connect us through art and history and music are, as is often the case, only available to those who can afford them. Aquariums and zoos and science centres aren’t cheap, especially for youth or families with young children.

Barriers are also ecological. Some invasive species have threatened the ecological foundation of the Great Lakes and its tributary rivers, prompting fears that hunters, anglers, swimmers and recreational boaters will avoid the water and its host of newfound species. Silver carp, one of four invasive fish from the Asian carp family, leap violently from the water when they hear an approaching boat motor. Injuries are common throughout the American South and Midwest where the fish swim freely in rivers, streams and lakes. They currently live just 100 kilometres from Lake Michigan. Their presence, among many other non-indigenous species, carries economic ramifications too. Tourism in the Great Lakes is a multi-billion industry, and small businesses from charter boat services to resorts to restaurants will feel the pinch of fewer people venturing out to explore the Great Lakes.

But as I investigated key players in the Great Lakes basin for Waterlution as part of the Greatness/Great Lakes Project, I soon discovered there’s more connecting us to the water than keeping us away.

Traditional cultural institutions like art galleries, libraries and museums are sharing space with outdoor educators and not-for-profits in connecting families, urban youth, new Canadians and anyone with a passion for the outdoors with the natural amenities that abound throughout the Great Lakes. For some, that mission is facilitating the physical connection of people to place, while other organizations take a binational, 30,000-foot approach to protecting the ecological integrity of the basin and have, in some cases, for more than a century. Other grassroots groups preserve the basin’s land and water by lobbying governments in Canada and the United States to keep them clean and green. These charities and eNGOs are often joined by cottage associations and land trusts, formed by on-the-ground residents who know their corner of the Great Lakes basin intimately. They strive to unite, advocate for and, when necessary, defend their waters against polluters or unwise public policy.

Academia, meanwhile, has led the charge to provide sound scientific evidence to government relating to the health and wellbeing of the Great Lakes. But each state or province or lake doesn’t operate in a silo. The growing number of multi-jurisdictional research institutes devoted to studying the Great Lakes that pool talent and resources from across colleges, universities and sea grants in both countries is testimony that working together strengthens those connections so weakened over the 20th century through poorly-planned infrastructure and unchecked pollution. And crucially, after years of neglect or willful ignorance, indigenous science and resource practices from throughout the basin and beyond are finally being considered in how best to manage these massive inland seas for our enjoyment and the use of future generations.

It’s an overwhelming number of organizations, individuals, governments and agencies working together on protecting and promoting the Great Lakes. But the sheer volume and vast geographic spread of these key players means that wherever you are, and whatever you’re interesting in doing within the Great Lakes basin, there’s someone there to help you make that first connection. Then it’s up to you to make it strong.

See you on the Blog next week where Waterlution Founder, Karen Kun shares her most valuable Top Tips for Networking in 2017!

Waterlution is seeking delegates from the rising generation for AquaHacking 2017!

Looking for leaders (18 – 35 years), who have work/research focused on the #GreatLakes and/or #LakeErie basin, to form the AquaHacking 2017 Youth Delegation! Candidates will be selected and supported by Waterlution and Fondation de Gaspé Beaubien Foundation to bring a vision for a better future for this watershed and its region. Apply now!

Deadline is: MAY 25, 2017 MIDNIGHT ET https://waterlution.org/job-opportunities/