Part 1: A Journey Back to Major Historical Events In Canadian Waterways 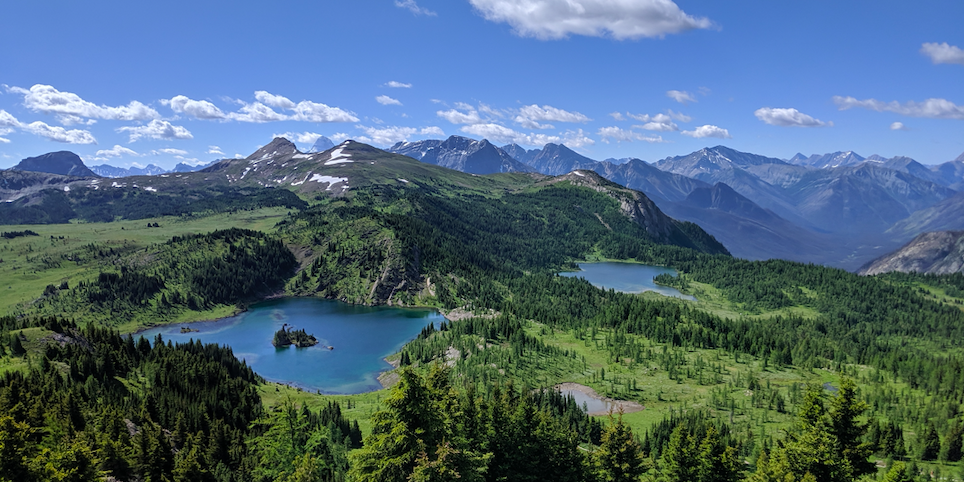 I wanted to take us back through the history of our Canadian waterways. Canada has the longest shorelines that spans over 243 042 km and 20% of global freshwater reserves [1] [2]. It’s clear that water has shaped the very landscapes and cities that we call home. The events that will be discussed are Eurocentric in view due to the dominant colonial perspective in our historical data. Many of the recounts of the following events do not include the perspectives and experiences of the Indigenous peoples who lived on Turtle Island from time immemorial. While these events are marked as important in the formation of Canadian history, they also represent trauma, injustice, displacement, and pain for many Indigenous communities who were greatly affected by colonialism.

Before we start, I ask that you close your eyes and listen to the sounds that helped guide new discoveries, bridged nations, and left lasting impacts on future generations.

Let’s travel back and learn about some major events that have influenced the trajectory of this country.

Follow the Athabasca River to Find the Pacific Coast
Alberta, 1811

The Athabasca River is found in the Rocky Mountains of Alberta. This river and its tributaries were used as transportation routes for fishing and hunting by many First Nation communities including the Sekani, Shuswap, Kootenay, Salish, Stoney, Cree, Chipewan Cree and Métis [3]. The plants and animals that live in this region sustained First Nations communities for a millenia [3].

In 1797 David Thompson, a European cartographer and fur trader, received notice from his employer, the North West Company, that they wanted to expand their trading posts to the Pacific Coast, therefore requiring a new route to expand their trade. Ongoing tensions between the Blackfoot and Kootenay tribes resulted in blocked off passes through the Rocky Mountains to discourage the exchange of firearms between the Kootenay tribe and Europeans [4]. This resulted in the need for new passages, which David Thomspons sought to discover and map. With the aid of the Iroquois guide Thomas, David Thompson and his team were able to find a route through the Athabasca Pass in 1811. The Athabasca pass was a route that passed through the Rocky Mountains on the edge of British Columbia and Alberta.

This established the first transcontinental route in Canada [3]. His maps were so detailed that even 100 years later the government was still using it as a foundation to create newer maps. Eventually the Athabasca  pass would be used to create two transcontinental railways, the Grand Trunk Pacific and the Canadian Northern.

Let’s now move eastward towards central Canada and learn about some major events there!

Prior to 1829, there were no roads to travel from the east coast to the interior. Instead people relied on rivers like the St Lawrence and Niagara River, which presented many treacherous obstacles. An even more challenging task was travelling between Lake Ontario and Lake Erie, which had to be done through portaging from Queenston to Chippawa Creek [5]. The lack of easy access within this area made colonial trade and commerce incredibly difficult [6].

To bypass the falls, and open up a transport route in this area required innovation. William Hamilton Merritt took the first step in constructing a route between the two Great Lakes, via the construction of a canal [5] William Hamilton Merritt designed a canal that would pass along Twelve Mile Creek to Port Robinson, where it connected to Welland River, then join Niagara River which finally exited into Lake Erie [6]. To create this canal, a series of tight locks and watertight chambers were needed to create smooth travel between the two lakes which have a 99 meter elevation difference [5]. This project cost 8 million dollars over five years and required  thousands of labourers who dug out the canal using only picks and shovels [5]. These labourers consisted of mainly European immigrants who were paid only 50 cents per day [5].

The project was completed in 1829, and the canal spanned 43.4 kilometers in length, 2.4 meters in depth, 6.7 meters in width and had 40 locks [6]. The first boats to pass through this canal was the Anne and Jane of York (Canadian boat) and R.H Boughton of Youngston (American boat) [6]. This canal would allow for goods to be transported easily into inland Canada, and competed with the American Erie Canal [5].  The creation of the Welland Canal was seen as a great opportunity to further Canada’s economy, however, it displaced Six Nation communities and over 180 years later the Six Nations continue to fight for their land rights back from the Crown [15].

Since the first construction the canal has gone through some changes and it now runs perpendicular to the Niagara Escarpment, running from Port Wellers to Port Colborne [6].

Since being home this year due to COVID, I wondered…. In a world with limited medical knowledge what would they have done? Our next section discusses just that, so let’s move eastward to Québec and learn about it!

What Happens when Pandemics Hit in the 19th Century?
Grosse Île, Québec, 1832

In the early 19th century spasmodic cholera (bacteria that contaminates food and water in regions with poor water treatment) was spreading throughout Asia and finally reached the British Isles in 1832 [7]. The first cases of cholera appeared in North America due to the mass migrations of the Irish [7]. To prepare for the arrival of immigrants who potentially were infected with cholera, Québec established  a quarantining station on Grosse Île where immigrants were hosted prior to their entry to Québec City.

On June 4th 1832, the boat Carricks arrived in Grosse Île carrying immigrants from Ireland, 42 of whom were infected with cholera. Despite efforts to disinfect the ship after arrival and the quarantining of the new immigrants, the lack of strict guidelines allowed for the spread of cholera to Quebec City and Montreal leading to the first cholera epidemic in 1832 [8]. Within the first year of the establishment of the quarantine facilities on Grosse Île, over 62 000 immigrants were processed, 51 746 were from England and Ireland. The uptick of migrants and inadequate facilities led to a second cholera epidemic in 1834 [8].

Finally, in 1881 a modern hospital was built on the eastern side of the island to help treat sick migrants. The island continued to expand on their services during the processing of immigrants with disinfecting buildings and hotels being built around 1893 [9].

Wow, we were pretty advanced in our understanding of quarantining even back then! Well we’re going to hop 20 years ahead and move back to the west coast, here we come British Columbia!

After the craze of the California Gold Rush in 1849, the US experienced an economic recession [10]. The discovery of gold in the Fraser River around 1857 caught the attention of miners from around the world, 80% of whom were involved in the California Gold Rush [10]. The influx of thousands of Americans alarmed the British who had only started to develop colonies in this region and did not want to lose territories to the Americans like in previous gold mining rushes [10].

To avoid the loss of territories the fur trader and politician, James Douglas, petitioned Queen Victoria to establish Colonial Government in New Caledonia [10]. The petition was granted and New Caledonia was renamed British Columbia and proclaimed a crown colony at Fort Langley in 1858. James Douglas was then named the first governor of Fort Langley and was appointed the first governor of the colony of British Columbia in 1858 [10].

The unregulated movement into the Fraser Canyon resulted in tensions between the Indigenous communities,who lived in this region for time immemorial, the miners, and the British Columbian colonies [10].

The most notable group was the Nlaka’pamux, who lived in the heart of Fraser Canyon [10]. The Indigenous communities did not want to experience the same fate of those who lived in California during the gold rush. The Nlaka’pamux wanted to negotiate agreements where miners would not go beyond Yale and into their territory until access agreements were made [10]. The attempts to restrict movement up Fraser RIver by the Nlaka’pamux resulted in a number of battles which was later named the Fraser River War. The miners’ presence on the Fraser River disturbed, destroyed salmon fisheries and habitats which the Nlaka’pamux peoples relied on [11]. From July 1st, 1858 to the 22nd of August, 1858 attacks on Nlaka’pamux villages and miners continued until a truce was made by Captain Henry Snyder, Nlaka’pamux Chief David Sexpìnlhemx, and 11 other Indigenous chiefs [11]. The truce allowed miners access to the Nlaka’pamux territories, as the Nlaka’pamux leaders feared greater losses if the war continued [11]. By the 1860s the Fraser River Gold Rush dissipated as gold dwindled, and the majority of American miners returned to the United States of dispersed themselves throughout the British Columbian colony [11].

The Fraser Gold Rush also was foundational in the immigration of the Chinese to British Columbia [12]. Thousands of Chinese immigrants that first arrived in the Fraser Valley came from the California Gold Rush [12]. The Chinese miners implemented unique mining techniques which included hydraulics, riddles, and sluicing in abandoned sites on the Fraser River [13]. After the gold rush many Chinese miners stayed and started local businesses, worked in the coal mines, salmon fishery, and in the construction of the Canadian Pacific Railway [13][14]. The growing number of the Chinese population in the west coast resulted in the creation of the first Chinatown in the 1850s in Victoria, BC [14].

The historical stories in Canada is rich with diverse perspectives. I’ve learnt so much from part 1, and I hope you’ll check back in for part 2 in our travels back in time!