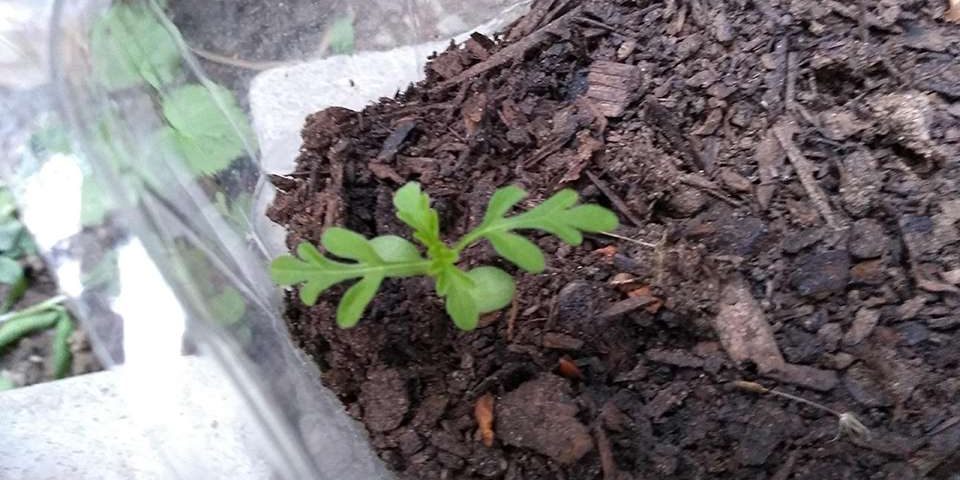 To be honest, not every food scrap that I initially planned to regrow sprung back to life. One of the food scraps that I was hoping to regrow was radishes. I absolutely love cutting slices of radishes and submerging them into apple cider and then having them as a snack the next day. Hence, I thought to myself, wouldn’t it be awesome if I was able to regrow one of my all-time favourite snacks to enjoy during the summer?

With that thought in mind, I quickly began to browse the Internet. From the various sites that I went on, I couldn’t help but felt joy in my heart when I learned that radishes were one of the foods you can regrow from food scraps.

Without wasting little time, I placed some soil in a container with a few holes in it that can serve as drainage holes and then cut off the bottom of the radish where the root was and placed it in the soil.

I was wrong, If I decided to go with the second method, I should have taken the time to suspend the top part of the radish in the air with most of it in water and waited until there were roots before planting it in the soil. Given that I did not do this, there was no radish.

After a bit of time, I wasn’t too sure where the food scrap that I began with even went. Being the hopeful optimist that I was, I thought that a small leafy plant coming out of the soil from the same container that I have placed the radish scrap in may be a sign that the radish may have magically grown. However, as the little plant grew more, I was able to analyze it better and concluded that it was just a weed.

Although I wasn’t successful in growing radishes, here are some lessons I learned from this experience:

From the sites above, I’ve compiled a few tips to help anyone who may be interested in getting started in regrowing their own radishes from food scraps in the spring or fall:

With spring approaching, I am excited to try growing radish scraps from the wisdom that these online growers have shared! If all works great, then I look forward to sharing one of my all-time favourite radish snacks submerged in apple cider with others 😊

The Vegetables of our Labour 
July 6, 2022
Repost @amwajalliance : Meet Adib Dada, an environ

📢 CALL FOR EMERGING INDIGENOUS ARTISTS❗ This

Join our Youth Advisory Board to support the UNITY

Our goal in everything we do is to equip youth and