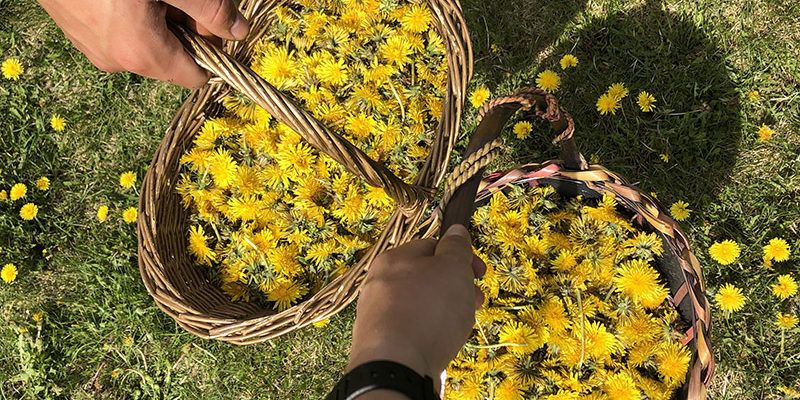 Rosheen volunteered with the Waterlution Youth Advisory Board in 2018/19 and is currently working on their youth programming for the summer. She is a recent Environmental & Conservation Science graduate from the University of Alberta and a lover of the outdoors.

This year I graduated from an Environmental Science degree. My major was Land Reclamation so I learned a lot about soil, plants, their interactions, and how to manage them for human and environmental benefit. Through my five years of dedicated learning, I obviously learned a lot. But I must say that one of the most important things that a person learns in university is critical thinking. I can recall many times when professors of mine would tell the class about the importance of developing these skills, and over time, I did! I started to critically analyze most of the information that was presented to me and realized that many of the hard facts I learned could be interpreted in different ways depending on a person’s background and underlying belief system.

My thinking about invasive plants, or weeds, has really come full circle. Before learning how to identify them I would look at a field of Oxeye daisies and wonder at their beauty. In my second year of university, I took a course titled “Invasive Alien Species.” With this intentionally scary name, you can imagine how I felt after learning the contents. I believed that all weeds were bad and should be destroyed as they were ruining the native biodiversity and agricultural productivity that we all benefit from. I took a summer job where part of my duties was spraying herbicides on weed infestations. I wore full equipment to protect my body from the chemicals. During this same summer, I read Braiding Sweetgrass by Robin Wall Kimmerer. Kimmerer braids her Indigenous ways of knowing with western science to share the teachings of plants. In the chapter “The Sacred and the Superfund” she writes about Onondaga Lake which is a sacred meeting place for Indigenous peoples and has become extremely polluted since colonization and industrialization. She writes about how many restoration efforts of the lakeshore have failed but how the weeds have come back to populate the waste beds on the shore of the lake. What do these weeds do differently than “native” plants? They still create oxygen and soil, feed pollinators, and form a community where there was nothing before.

I hope some people that saw us started to think critically about the field of yellow we had been standing in. Maybe it wasn’t such a bad thing after all.

After reading this chapter I realized that my thinking about weeds was skewed by my university education. Upon more research, I learned that many “weed” species were brought here by colonizers on purpose for use as food and medicine. For example, plantain (Plantago major) was quickly nicknamed “white man’s foot” because it followed white settlers around who used it for relief of insect bites and to heal wounds. Indigenous peoples also use plantain for medicine. An interesting example is how the Bode’wadmi people boil plantain root which creates a slippery liquid which when drunk can help to relieve choking (Belcourt 2007). Upon further reading, I found that almost all common weed species have nutritional or medicinal value. It felt wrong to spray the weeds with chemicals that undoubtedly found their way into other parts of the environment when we could be using the weeds for food or medicine instead. I made a commitment to myself that I was going to make a conscious effort to eat more weeds the following summer and adopt a better way of thinking about these “alien” plants.

This spring, the lawns were covered with yellow dandelion flowers. As many of my neighbours consulted Facebook discussion pages to find easy and cheap ways to kill the dandelions in their yards, I found a recipe for dandelion wine. I enlisted my younger brother to come out with me to pick the yellow blossoms in a field behind our house. Many of our neighbours gave us weird looks and some young kids came to ask us what we were doing. “Making an adult drink” my brother replied and the kids walked away laughing. I hope some people that saw us started to think critically about the field of yellow we had been standing in. Maybe it wasn’t such a bad thing after all.

After we had collected a couple baskets of dandelion flowers, my family and I spent a few hours pulling the yellow “petals” out of the green base, called the receptacle, holding everything together. I explained to my dad that each yellow petal-like structure was actually its own flower with all the individual reproductive parts and that each “flower” was actually hundreds of flowers altogether. This is a common trait for most plants in the Aster (Sunflower) family.

Relationship building with plants and the natural world doesn’t have to be as complicated as making dandelion wine. It can begin with simply noticing the world outside and challenging the preconceived notions that we have been taught all of our lives. Why do we value monocultures of grass in our backyards? Can I get a field guide to learn edible and medicinal plants in my area? Which berries are edible? What is the name of this plant that I have admired all my life?

After we had pulled all the flowers we needed, I added them into a carboy with sugar, water, lemon and orange zest. The last step was to add the packet of white wine yeast I had picked up at a local wine store earlier that day. The wine has been sitting in my cupboard for a few weeks. Once it has finished its first fermentation I will siphon off all of the flowers and particulate and let it ferment for a few more weeks. After that, we will bottle it and let it sit for around 6 months to get the best flavour. I’m excited to drink my own homemade wine during the holidays this year!

My journey with weeds has been really significant for me. I believe that modern humans’ disconnect with the natural world is what allows us to destroy and pollute the Earth without care. If we create a relationship with plants, like dandelions, and get to know them on an intimate level we will have a much harder time destroying them.

I’m sure if everyone on the Facebook discussion page learned how to make dandelion wine they would no longer see the dandelions in their yard as an annoying pest, but rather a plant that provides them with a valuable resource and allowed them time to spend with family and friends. Relationship building with plants and the natural world doesn’t have to be as complicated as making dandelion wine. It can begin with simply noticing the world outside and challenging the preconceived notions that we have been taught all of our lives. Why do we value monocultures of grass in our backyards? Can I get a field guide to learn edible and medicinal plants in my area? Which berries are edible? What is the name of this plant that I have admired all my life?

As Robin Wall Kimmerer (and I am sure many other knowledgeable nature-loving people) say, plants are our greatest teachers. There is so much we can learn about the world by observing and critically thinking about plants. The dandelion taught me that diversity creates beauty and opportunity – and that we should form our own opinions before judging based on what other people have to say.

Belcourt, C. 2007. Medicines to Help Us; Traditional Metis Plant Use.

Plantain Fact Sheet. 2020. The Herb Federation of New Zealand. Retrieved from: https://herbs.org.nz/plantain-fact-sheet/.
The recipe I am following: https://practicalselfreliance.com/dandelion-wine-recipe/

Op ed from outgoing staff member Olivia: why you should start your career in a small but growing and innovative non profit
November 1, 2022
Are you 18-30 years old, active and interested in