How collaboration and reconnection with water can awaken people’s sensibility: The experience of launching WIL Brasil Nordeste. 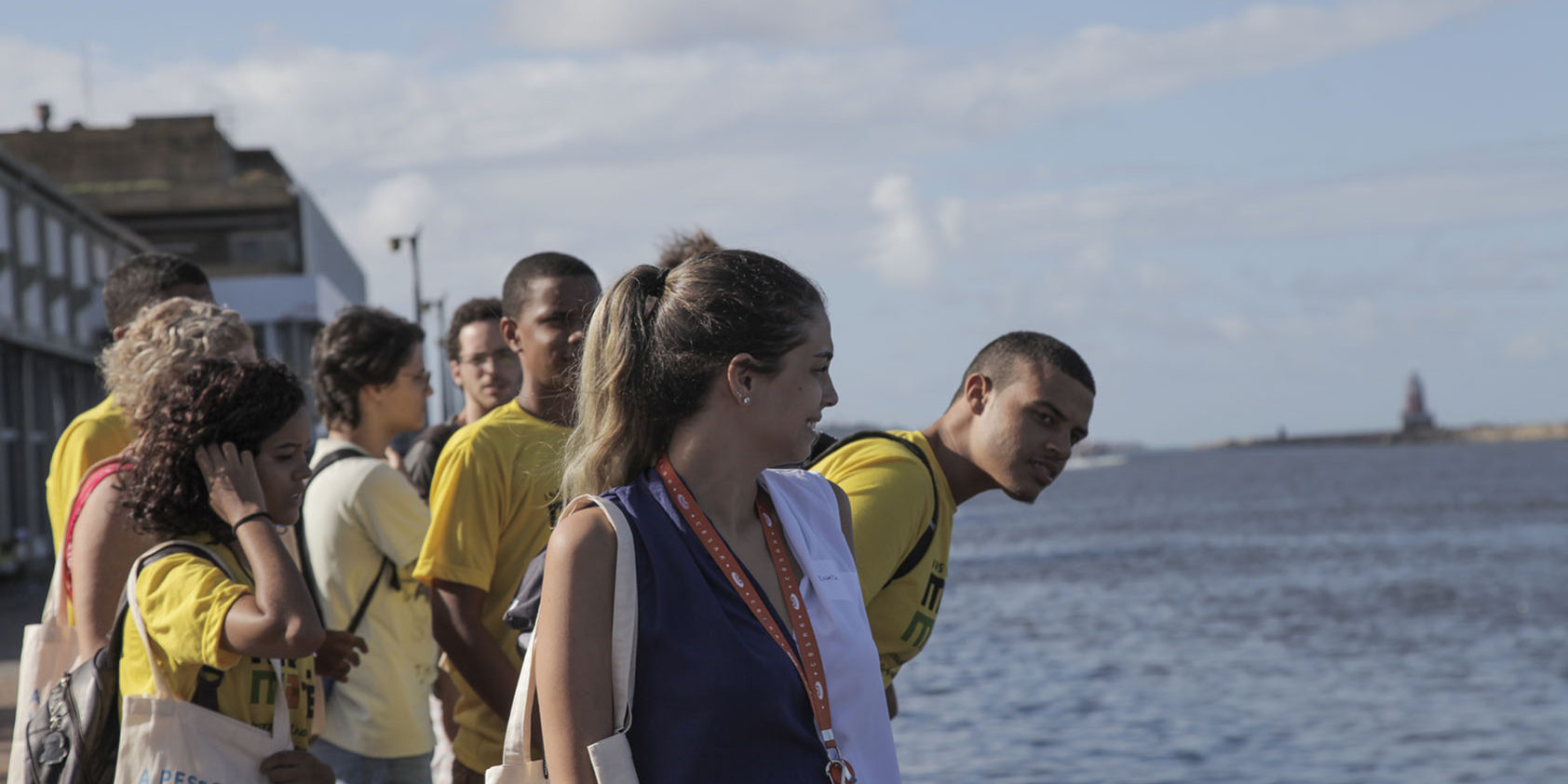 With applications for WILBrasil Nordeste closing this week, we reflect on our launch event, and we look forward to see how the young participants will converge to collectively address our water challenges at our immersion in November.

The varied Brazilian contexts are very particular when it comes to water and sanitation.  Development in a country of continental proportions makes water-related issues relevant to all sectors. Different niches in the market, civil society, research institutions and the State try to understand the peculiarities of these dynamics in order to solve and address Brazilian water challenges.

As a process that helps to solve and accelerate projects that respond to the most complex challenges within the Brazilian water reality, Water Innovation Labs Brasil this year, will happen in the Northeast region, in the city of Recife. The municipality has the largest water deficit in the country, covering a metropolitan region with 4,046,845 inhabitants, living daily with rivers, bridges and stories that have crossed the waters since the city began.

On June 5th, World Environment Day, the WILBrasil Nordeste program was launched with an entire afternoon of activities focusing on the relationship that the city of Recife has with the Capibaribe River, a water body that crosses the city and accompanies the daily routine of those living nearby.

At the launch event, participants were able to embark on fishing boats of the local community, sailing in the waters of the Capibaribe river for an experience of listening and reconvening with nature. After that, a World Café was hosted to provoke the participants with a taste of what WIL proposes:  encouraging people from different realities, mindsets and backgrounds to work collaboratively through dialogue.

Three rounds and three different questions provoked the group’s input, each round related to some of the themes that will be covered in the immersive WILBrasil program, and the result was inspiring. Of the 65 invited to this day, we had 33 women and 32 men from a wide range of sectors: students, entrepreneurs, social entrepreneurs, researchers, engineers, managers, architects and biologists gathered to celebrate what collaboration and innovation can provoke.

“What do you do that impacts water?”

This is a question that usually leads to a reflection on how society performs its daily activities and, above all, how the individual context generates a greater impact on the scenario as a whole. A prominent discussion in the group was around food: by bringing the reflection on how our food is produced. Many of the groups emphasized how it is possible to change the consumption of goods and food by reducing the consumption of meat, and only buying what is necessary, for example. The issue of water as an asset and a fundamental human right was raised, and that some changes in the culture of consumption can reduce impacts on water resources.

“What does Rio Capibaribe have to tell us about its needs, desires and rights?”

Survival – was the word that appeared most during this round.  People touched on the need to look with more affection to urban rivers and on how the city population relates to them. There was much reflection on how important it is to make people feel part of nature since in the end, everyone is also part of the environment. There was much discussion about how the current condition of the water quality of the river denounces the omission and the lack of connection the population has with the urban rivers since “cities are born from the rivers, we need to understand when it was that we turned our backs on them and move to reconnect with the ecosystem harmoniously. “

“How can innovation transform the reality of sanitation in the Northeast?”

The group had a lot to talk about with this provocation and the initial discussion focused on the premise that innovation is not necessarily technology. Thinking about sanitation, it was raised how alternative forms based on solutions from nature can respond to and solve problems in big cities where it is a challenge to sanitize.   In addition, it was discussed by the groups that sanitation is also a public health agenda. On the other hand, there was much talk about the need to establish new approaches to “old situations” where the determination, dissemination, and obtaining of clear and accessible numbers are aligned to improve the sanitation situation in the Northeast region through collaborative management. Public-private partnerships have been widely mentioned as a way forward in the region, encouraging local solutions and the participation of researchers to develop prototypes and ensure a cost-effective and efficient sanitation system.

Applications are open until July 31st.