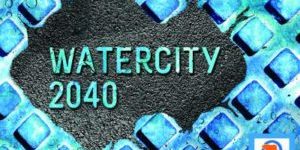 The Story of Corporate Frustration

In this story, by 2040 many in the Guelph area are frustrated with the water withdrawals of corporations (e.g. Nestle). Corporation have to renew their permits to take water and must reduce their intakes during times of drought, yet many feel not is enough is being done to protect the local waters. Corporations power also increases as they purchase data, prevent open-access information and transparency. Although data is still collected by municipalities, it is sold to highest-bidder rather than being released to the public.  This leads to knowledge gaps in the general public, increases corporations’ potential wealth generation and further exacerbates inequality. Some in the community feel power is concentrated in a few hands and become apathetic to water issues because of perceived powerlessness. While other community groups in Guelph are motivated to collaborate to work with local decision makers, business and agriculture to protect their water. Some people feel limited in their political expression and what they can do because of from Bill C51 and suspected surveillance of community groups.

The Story of the Climate Ready City

In the Story of the Climate Ready City, water in Guelph was compromised due to the impacts of climate change and this new reality is driving change. After a number of years of drought, the city has focused on developing contingency plans to ensure the city remains resilient. Part of this includes a more decentralized approaches to water infrastructure (e.g. on-site stormwater management).

The Story of Groundswell

It is 2040 and the citizens of Guelph feel empowered to bring about change. Connections within the community have grown. Citizens are more likely to vote and engage with their municipal government to hold leaders accountable than they were in 2014. Citizen protests happen with greater frequency to voice displeasure and there is sometimes increased conflict. The employment landscape has changed in Guelph after the bulk buying/ownership of sustainable technologies. Industrial ecology is also widely applied to promote less waste and more productivity.

It is 2040, and Guelph is developing as a learning city. This means that local leaders, citizens and government representatives from across sectors work together to harness the unique strengths of Guelph to co-create an inclusive and resilient city, which include awareness of the larger region. In 2040, there is an increasing movement to coordinate planning efforts at a regional scale within the Greater Golden Horseshoe. The policies implemented by the City of Guelph work with surrounding communities plans to collaboratively manage and continue green space, trails, protect headwaters, respect flood zones, biodiversity efforts, population intensification, transit systems to connect communities, waste management (cost savings from improved economies of scale) and utilities. In this arrangement, individual cities remain responsible for activities within their borders, yet coordinate continuous services and spaces between communities. The municipalities in the Greater Golden Horseshoe are part of a network that cooperates to share data and to increase purchasing power when purchasing the same services/goods. This purchasing network is tiered, where municipalities can join depending on needs. This network also facilitates the information sharing to create an open-access network.  This knowledge is powerful for businesses and governments, but also acts as an equalizer.  This open access environment allows the universities and colleges to become more integrated with local operations.