Great Lakes Invasive Species, The Tale of the Round Goby 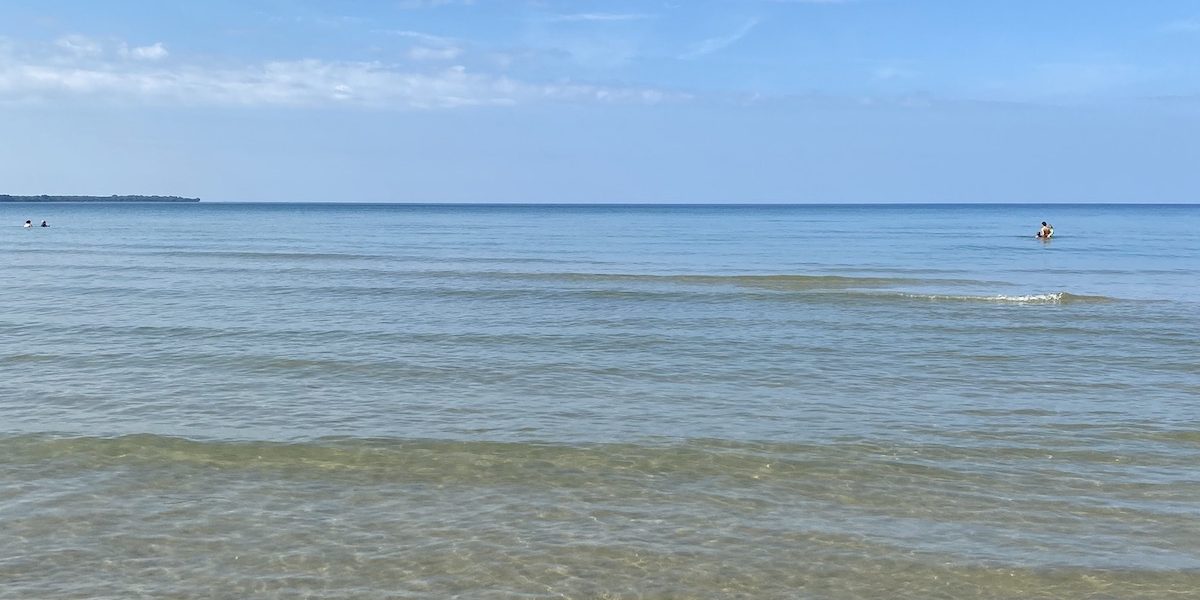 Gani the Round Goby

My name is Gani, the Round Goby (Neogobius melanostomus) I originally lived swimming around in the Black Sea just off the shores of Istanbul. In the summers, the water is so warm and all my goby friends swim to the rocky shores. Not only do the rocky shorelines provide a safe space for us to hide but also a great place to find our favourite foods. My favourite snacks are mussels stuck to the side of large rocks and the tiny insects that live between the cracks.

Brought in a Ballast

A few years ago my family and I had been frequently swimming through the channel between the Black Sea and the Mediterranean Sea. We usually didn’t go this far out but my dad said there were large vessels, used by the humans, that had millions of delicious mussels stuck to their sides. It was so exciting to see all the large and small boats carrying mussels on their hulls- an all you can eat buffet! After a day of feasting we swam back towards the rocky shores of the Black Sea and began telling all our friends of the bounty we had found.

My parents always told me to never go to the channel without them because the boats were unpredictable. But my goby friends had not visited the channel yet, so I decided to guide them towards the channel and luckily enough the channel was bustling with boats. We excitedly started to snack immediately on the boat with the most mussels on them. Everything began to change after a few minutes of us feeding, suddenly the water started to move towards the large boat dragging us along the side of the ship until we were sucked into the bottom of the vessel. We were spinning and tumbling through the strong current inside the pipes of the boat until everything stopped and the water went still.

We were in the tank for what felt like an eternity with barely any light for comfort. My goby friends and I were not the only ones sucked up into the boat. Many other small fish, zebra mussels, aquatic plants, and other small creatures are stuck in here with us. Finally, one day the pipes around the tank opened and the water started to drop again. All of my goby friends and the other aquatic creatures were set free  through the pipes of the tank. The water being pushed out forcefully ejected us out of the vessel, we fell for a few seconds before plopping into the moving water below. I looked around this new environment and it was like nothing I had ever seen before. Burrrrr, the water was much cooler and seemed less salty than the warm Black Sea I was used to.

I frantically swam around wondering where I was until  I found a label caught under a sunken bottle. After brushing off some algae the label read ‘Welcome to the Port of Montreal on the St Lawrence River’. I had never heard of such a place and thought would I be able to survive here? My parents have always said, we gobies are incredibly adaptable… so my friends and I started looking for food that looked familiar. We began feeding the zebra mussels, local insects, small fish eggs, which would satiate our hunger.

Gobies have taken over

Five days after our initial arrival, our group decided to start swimming down the river away from the busy port. We swam down the river everyday and snacked on whatever we found along the way. While swimming down  the river I bumped into another round goby who wasn’t part of our group. I excitedly asked who they were and if they lived in the river. The other goby looked at me surprised and replied, “My name is Asil, my family and I have lived in this river for 3 years. I grew up here but my parents came from the Mediterranean Sea. I have over 200 siblings, some still live in the St Lawrence River but many have left for other lakes.” I asked Asil, “You mentioned other lakes, what lakes do your siblings live in?”; Asil replied, “Some live in large lakes like Lake Ontario, Lake Superior, Lake Huron, Lake Erie, and Lake Michigan.” Asil began to swim away but I still had one more question so I asked them whether the native fish mind that we are here. Asil replied that many of the fish from here dislike round gobies as we eat their food and ruin their nests. In Asil’s lifetime, he noticed that the number of native fish have decreased in the river and lakes. I went back to my group of friends and told them that there were thousands, if not more, round gobies in the  St. Lawrence River and even more that lived in nearby lakes.

We’ve been living in the St Lawrence River for a few months but have moved more inland. It was an early morning and I was hiding within the river weeds in much shallower water. Suddenly I was being picked up in a net with another fish and dropped into a small box,  called a livewell. I could hear the sounds of a motor and the clambering of something against the tank. The boat was bouncing and the water kept splashing the sides of the box. After being josselled around in the box the lid of the box was opened. I looked up and I could see the blue sky from the clear water. A hand reached down at me and I heard the human say, “Oh no! This small fish must have gotten caught in the net, best remove it before we start fishing!” A bucket was dunked into the livewell, I was scooped up and poured over the side of the boat. The water here is much deeper so I started to swim towards the rocky bottom immediately. I swam till my fins were tired and I finally reached a large rock to rest on.

From the corner of my eye a I saw a head pop up from under the rock, it was another round goby! The goby quietly asked, “Where did you come from?”; I replied, “Well, I’m from the Black Sea but got sucked into a big ship, then I was dumped into the St Lawrence River. I lived there for a while with my friends but got caught in a small fishing net. The men on the small boat accidentally put me in their livewell then poured me out here.” The other round goby then said, “Your story isn’t too uncommon, most of us were brought here in the ballasts of large cargo ships or in the livewells of small recreational boats. I was supposed to be used as fish bait but was also dumped here in Lake Ontario.”

I never realized how many aquatic creatures got unintentionally transported in boats. After hearing the stories shared by the other round gobies,  it seems like our introduction has changed the landscape of these lakes and waterways. Our presence has caused aquatic animals who lived here long before us to disappear, plants in the lakes have started to change, and we consume a lot of  the resources other animals rely on.

Unintentionally, we have invaded their home.

Want to learn more about Round Gobies and other Invasive Species that impact the Great Lakes? Check out these resources and learn how to prevent the spread of them.

Did you enjoy reading this tale? Feel inspired to create your own water story about a water issue? Youth Groups, classes, and youth ages 18 and under are encouraged to sign up for Young Water Speaks – A Youth Storytelling Contest.