Exploring Our Own Backyard: Canada and Ontario 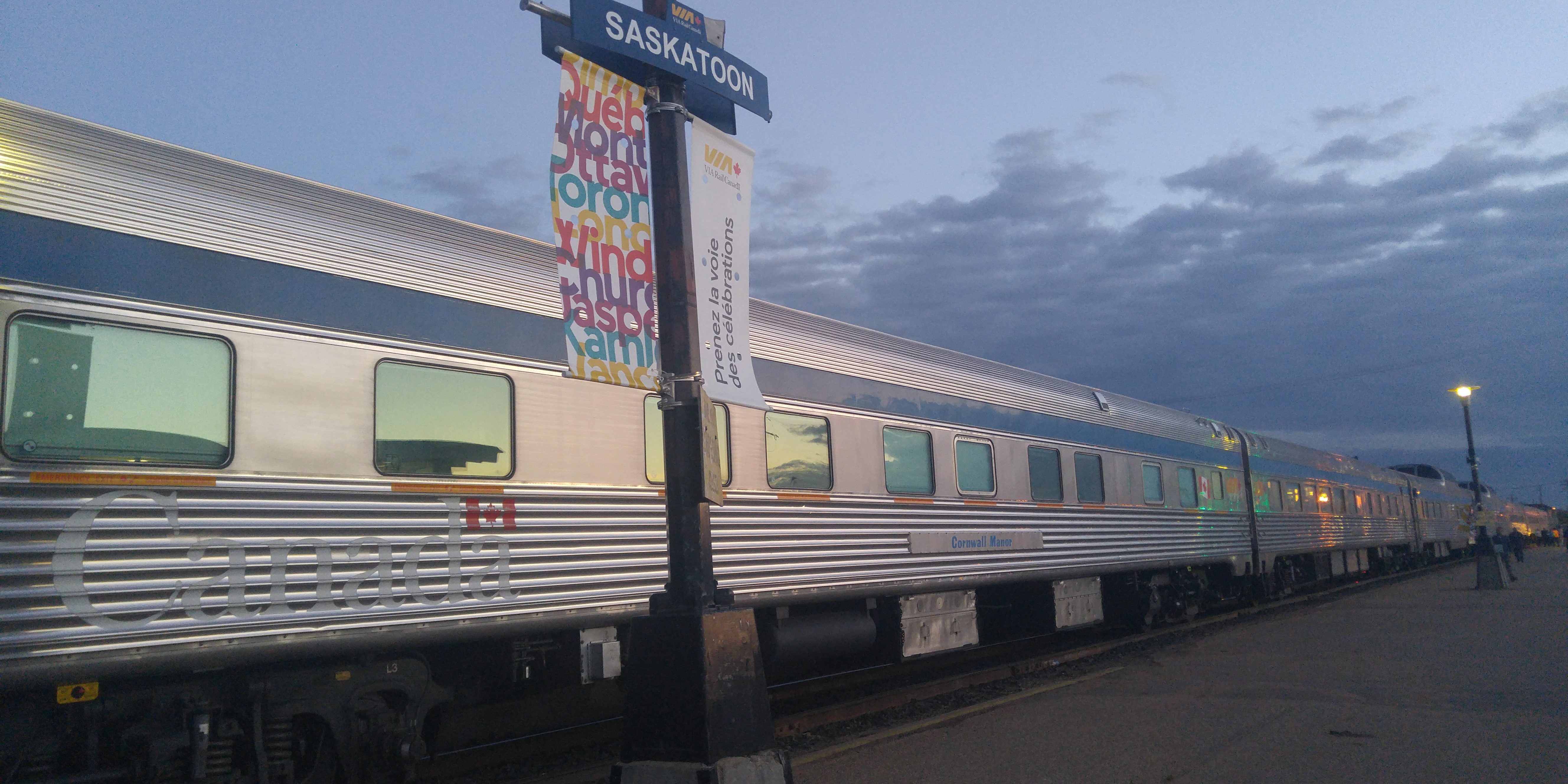 When you think of a getaway, what landscapes come to mind? Are they remote or close to home?

This year, I have challenged myself to apply wanderlust to my own backyard. By train across Canada or car across Ontario, I have set on a mission to explore our nature, people, and culture.

With 30 countries by the age of 30 under my belt and trips to the East and West coast to boot, I looked with intent upon that far-reaching open stretch of the prairies. The idea of train travel and nostalgia took hold. Departing from Toronto, our train bent across Ontario on through to Alberta following the traditional territory of the Cree Nation—a people whose legends and generosity I would come to learn at the end of my trip.

A morning stop in Winnipeg provided a good look at the rich Métis heritage of the city founded upon the Red River. Here it was, the gateway to prairies for those of us on the train, and for the homesteaders making their way through following the Red River Resistance and resulting Treaty Number One. 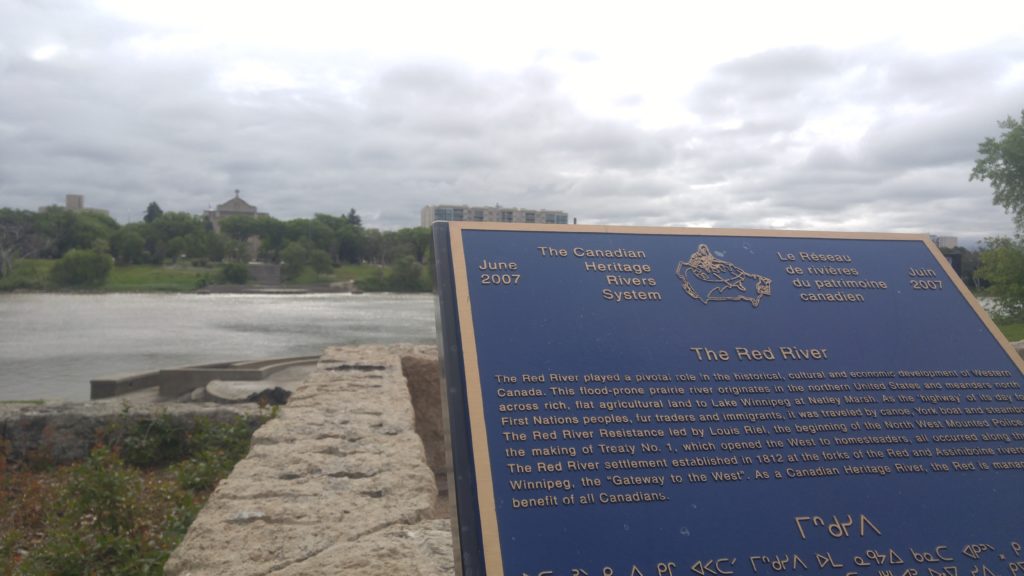 Traveling Our Own Backyards, Red River.

What followed was over two days of getting to know the wheat belt and the inhabitants of the train. A small group of us formed, our backgrounds a reflection of Canada’s diversity. Our ability to explore beyond the skycar was bounded by access to guides afforded to those riding outside of economy and so we resorted to sharing stories of our own experience on the landscape.

I disembarked in Edmonton, bid farewell to my new friends, and made my way down to Calgary by bus. Perhaps the Calgary-Edmonton rail-corridor will be realized in time for another visit. Later on, I would travel by car in Big Sky Country, from Calgary to just south of Cold Lake. The distances were vast, but Albertans seemed to embrace the freedom driving provides to keep their communities connected. Reflecting on the journey, I was inspired by the potential for train travel to unite Canadians from all walks of life and my own ability to road-trip throughout Ontario. 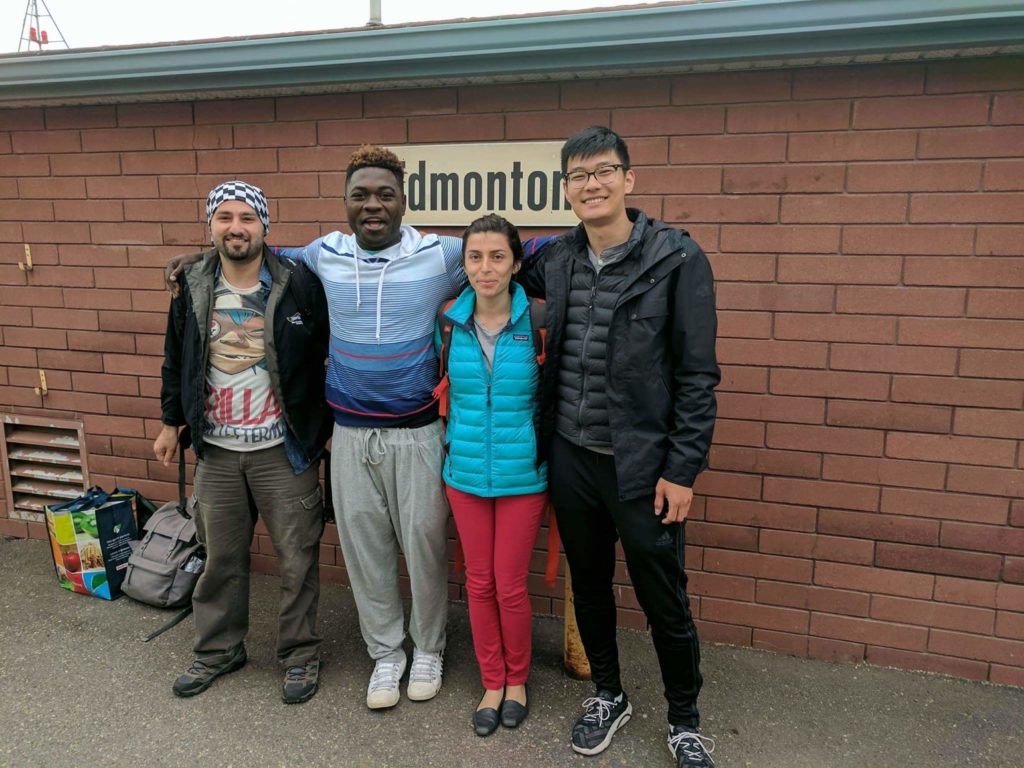 Traveling Our Own Backyards, Edmonton.

Returning home, I dove right in to the Great Art for Great Lakes project with Waterlution and Greatness: The Great Lakes Project. It has been an exciting tour supporting artists and their communities to co-create legacy pieces of art to celebrate the Great Lakes for Canada’s 150th birthday. From working with the Aamjiwnaang First Nation artists and community leaders on a mural telling of the connection to water legends; to tapping into the emotions water inspires at the Ripple Maker Event in Owen Sound; to speaking to the public about the Great Lakes species represented by the origami designed by Daniel Ranger and crafted into Lake Ontario by Lab Space, it has been one whirlwind adventure. 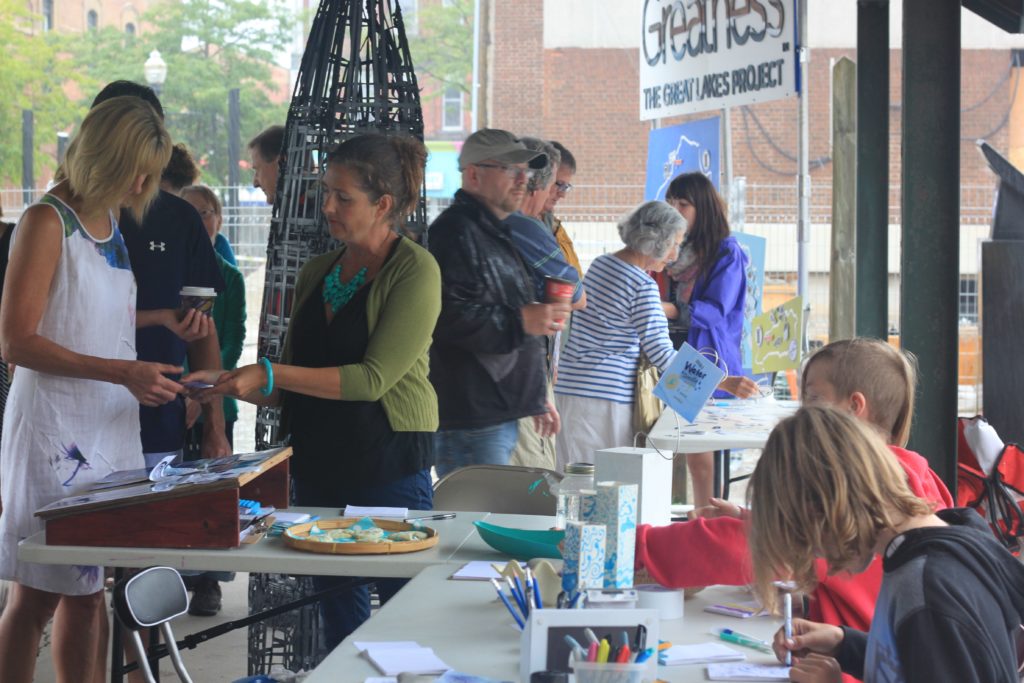 Stay tuned for more stories from these communities, and similar projects taking place in other Great Lakes communities, including Kingston, Toronto, Thunder Bay and Hamilton. Visit greatnessglp.com/GAGL for updates!