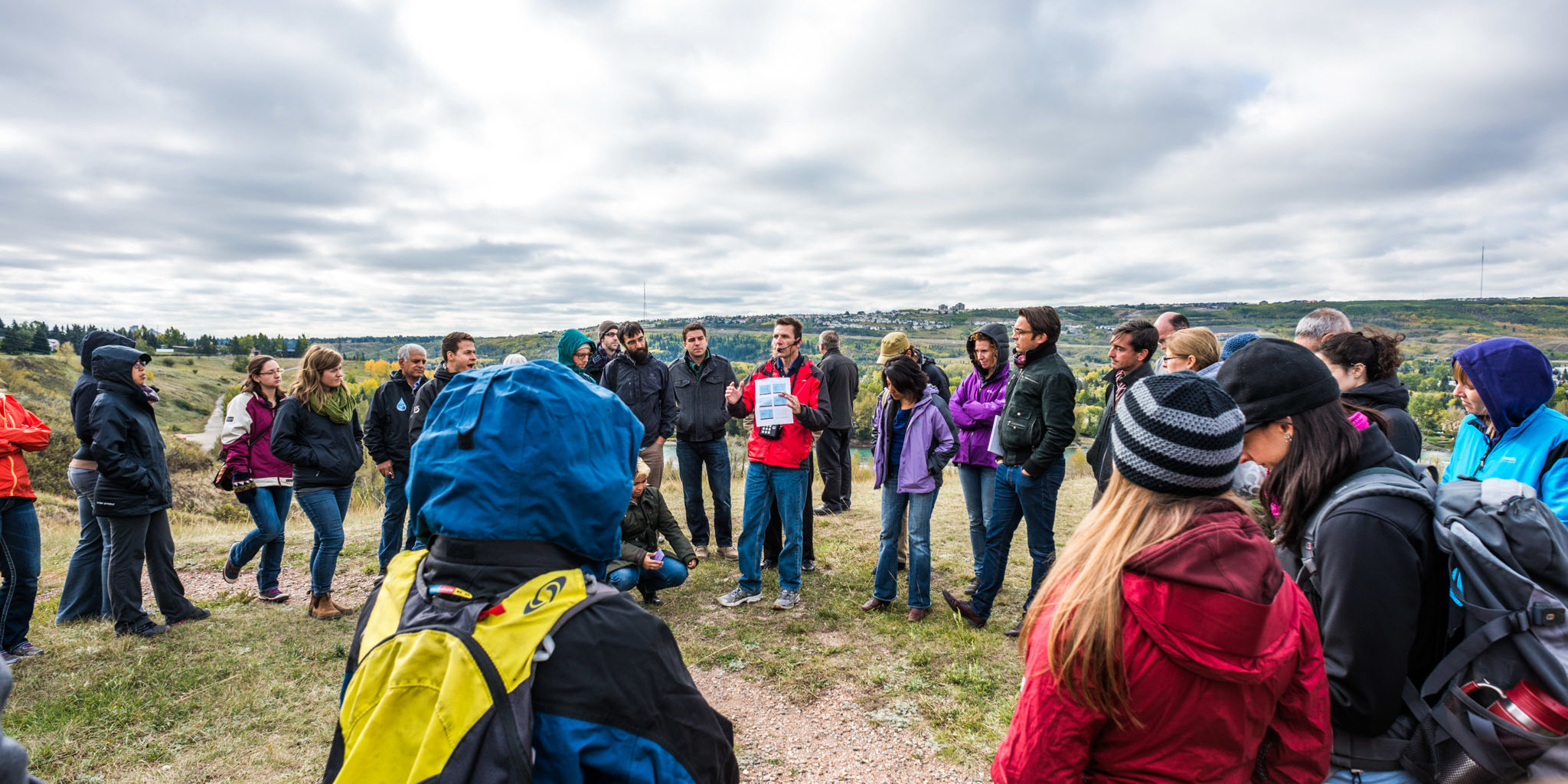 In this three-part interview series with Founder and President, Karen Kun, Karen looks back at the past 15 years of growing Waterlution, and ahead to future plans for her organization.

LP: In what different ways have you grown Waterlution in the past 15 years?

KK: Since the early days, we believe in experimenting a lot, understanding from our own learning, and really being able to adapt to our audience and water challenges. If there was something I wish we did more of in our earlier years, it would have been to be bolder. Go bolder sooner is my advice. It is important to make a name for yourself and your entity.

I also encourage young people to try things out, take risks, and learn as much about yourself as possible in your early career years. Things can take longer than you think, and often as we get older, our responsibilities change and so trying new things and taking risks when I had more time was really crucial for me. 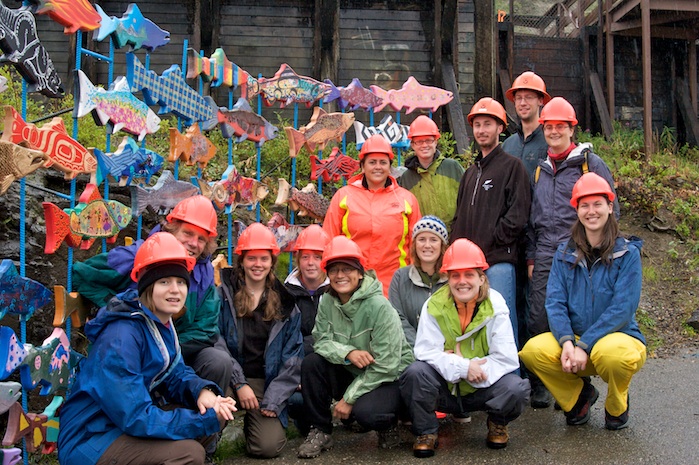 In 2011-2012, (what I refer to as the “crazy years”), Waterlution really grew our reach and programming building on the success of our first Water Innovaton Lab (2010). All of this growth coincided with the arrival of my son, Maxime, in early 2011.  When he was 5 months old, I hired 5 people—looking back, that was so much to take on (in some ways a life saver)—yet bringing people into a team, requires that they are trained and well supported, and I underestimated the time it would take to get them into their roles.

Thankfully, Waterlution had enough success before I become a mother. I am really appreciative of the support network I had around me during that year of balancing both the growth of the organization and raising my son. 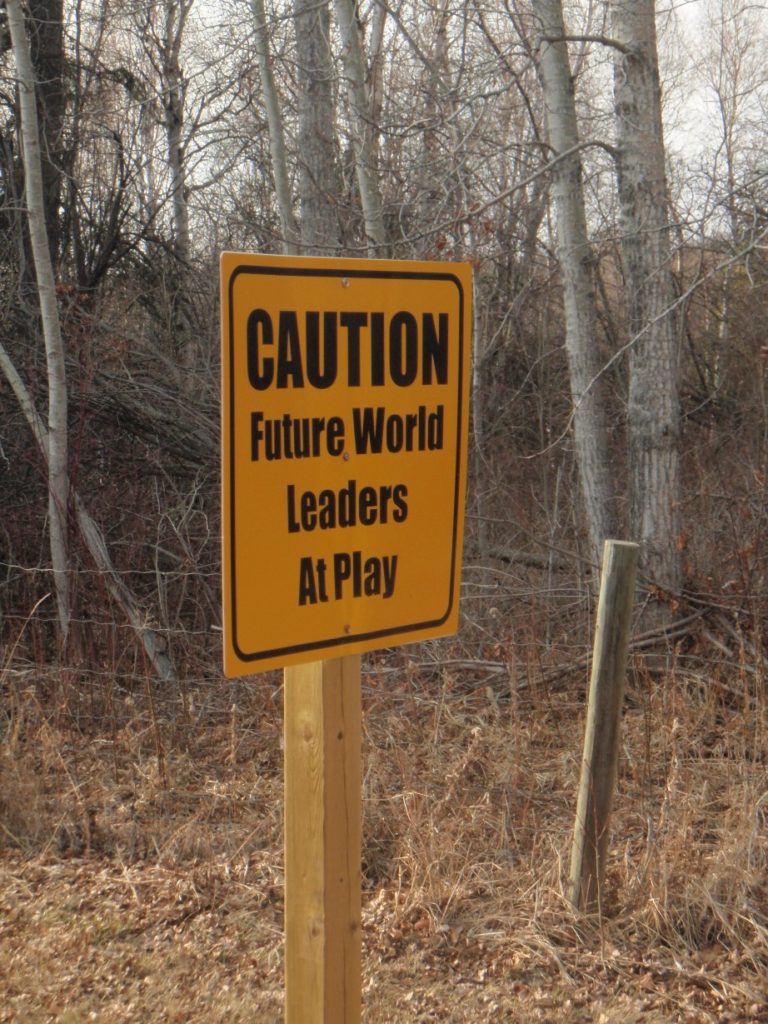 LP: It seems like setbacks are inevitable in growing an organization. How did you overcome setbacks in growing Waterlution?

KK: One of the key things is to hire the right people and work in partnership as a team. Hire people you trust that bring out the best in you, and you the best in them. Having a team full of people that are high performers, yet also want to keep learning and growing is incredibly rewarding.

In the early years, I said yes to every opportunity as the exposure and practice was what was most important. As we grew and changed, it became necessary to say no to opportunities that took us away from our focus. This was hard to learn, yet practice made it easier over time.

I have grown as a leader each and every year, and knowing how to “steer the ship” in harder times takes a lot of vision, patience, negotiating and continued risk-taking. I have never lost faith in what we do or who we are as an organization, which is crucial to work through setbacks. And a good night’s sleep is always helpful as I wake up with a new perspective. 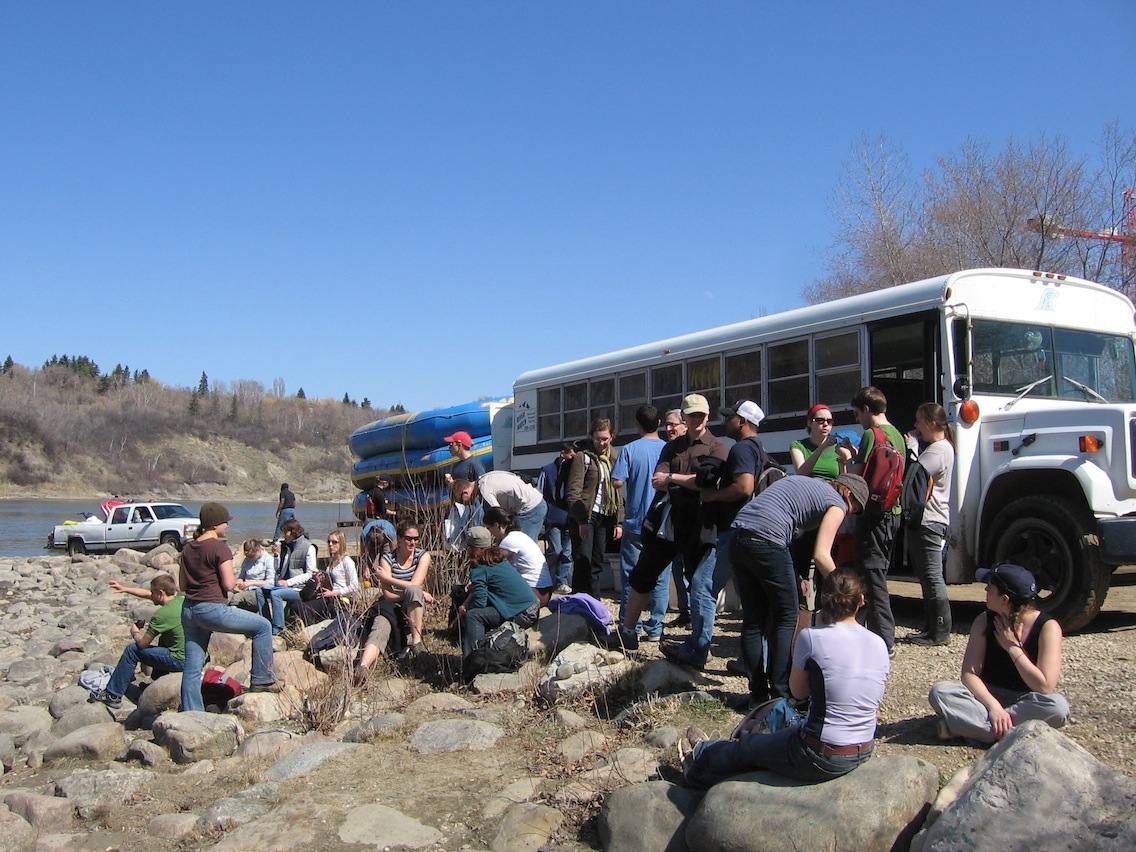 Getting ready for Waterlution Workshop on the Bow River, Spring 2008.

LP: What are strong values that you look for in building your team?

KK: In hiring a team, I like to create a balance of risk-takers, big idea people, and project managers with a ‘get it done efficiently’ attitude. But also, I like to create a team of people that actually like each other. I want to feel confident that someone has enough skill that they can run and truly lead, and know what their role is in our team. Having clearly defined job descriptions is crucial. I can laugh at early job descriptions that were so vague because I felt we could just run with it—it just caused more confusion and time explaining tasks. 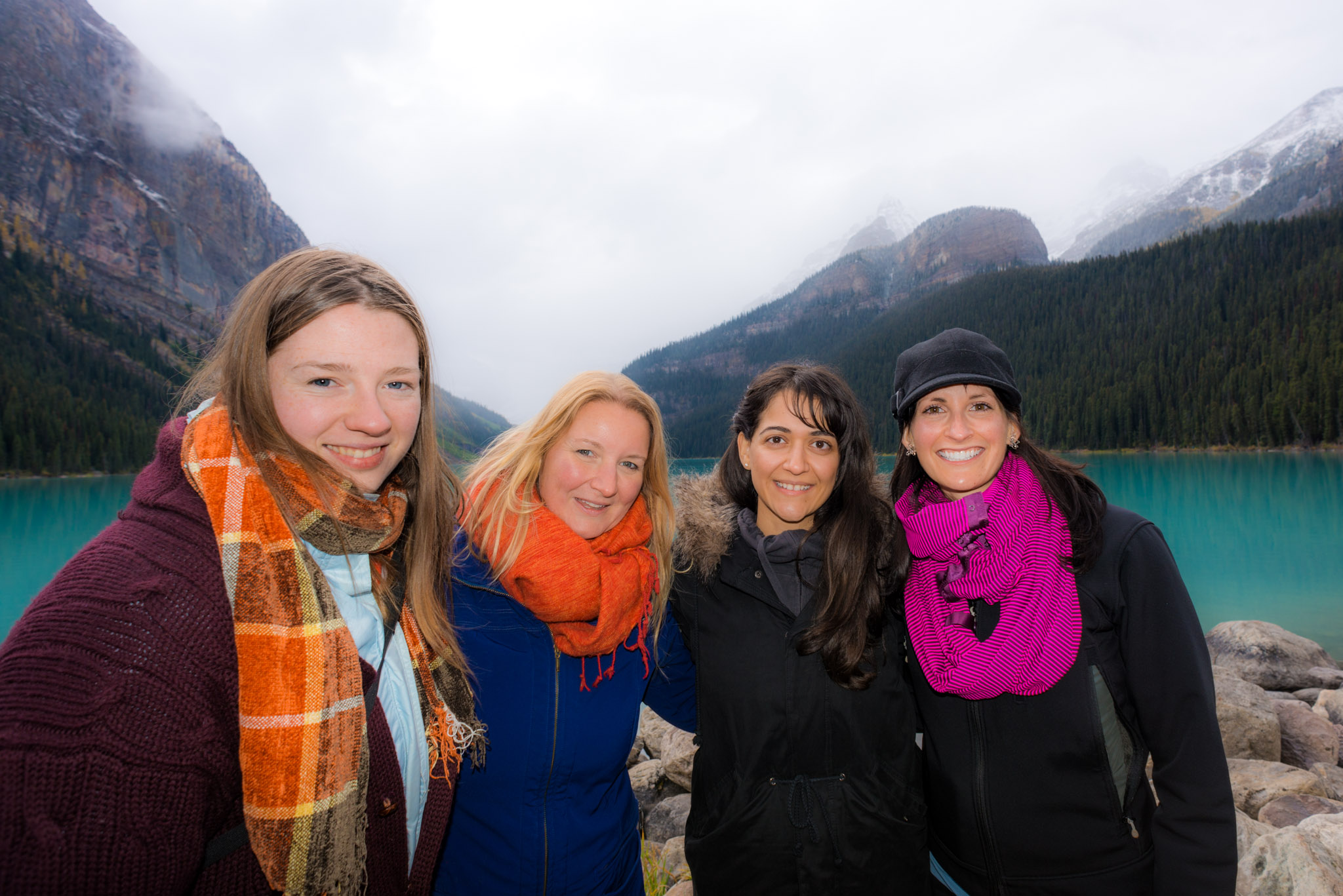 Today, clear job descriptions make the work much more manageable, and offers clarity for everyone involved. I want the people around me to have 30% of experience they haven’t had before, knowing that I’m hedging my bets on them being able to deliver. I really believe in my team growing and learning along with the project or the organization.

LP: How do you stay focused on achieving your goals? How do you deal with procrastination?

KK: Deadlines are excellent. I love having them and giving them, and I manage my schedule accordingly. I also reserve time throughout the month to accomplish ‘big thinking’ work.

The only way I can really lead the organization is if I have that thinking space. I block days off in my calendar to renew myself, making sure many of the working parts are aligned. I hit my stride on that in the last three or four years. Everything was being delivered in the moment, and at times we were catching up as opposed to achieving a larger vision. Everything we do at Waterlution is consistent, even when the projects look quite different. It took time to get that right, but it’s really important. I’m also quite forgiving to myself and motivated by the work, knowing there are always things that slide, and that’s okay. For example, an important contact you didn’t follow-up with on time; it happens but you have to let it go. When things are really important, you know when to put in the extra hours. It’s a bit of trial and error.

I also wish I sought out mentors at a younger age. I think there were many people that were mentors to me and didn’t know it, but I learned so much from them. Having someone that is really there for you is really special and I wish I sought them out a bit earlier. 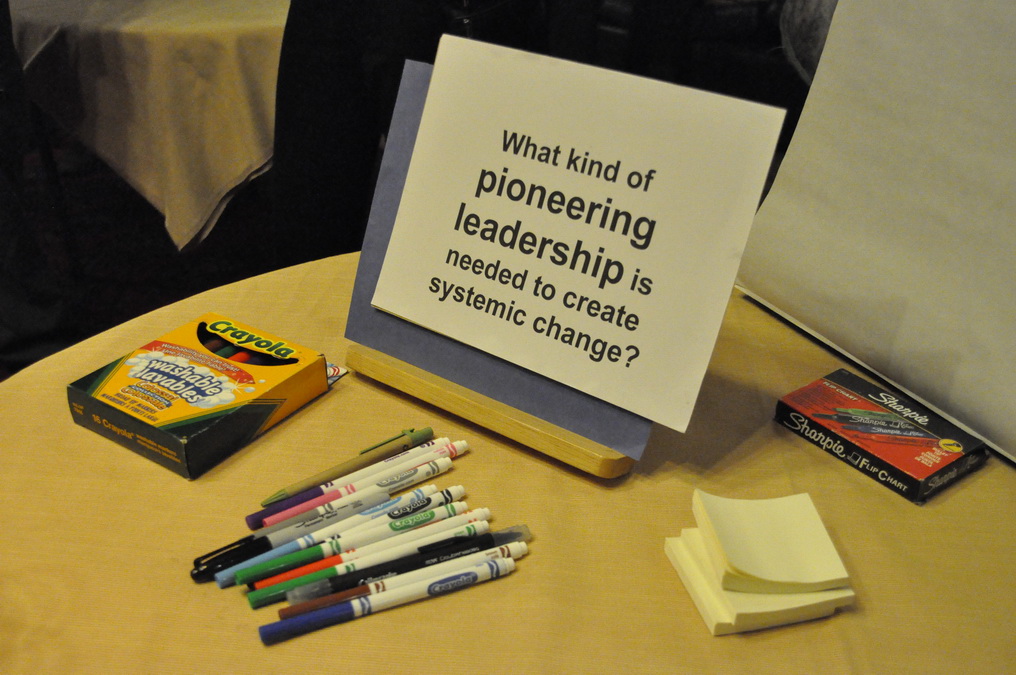 LP: What has been one of the hardest things in growing Waterlution?

KK: I’m the person with the historical knowledge of the organization. In last few years, there have been people working on the team that know things about various projects that I don’t, and this has been really helpful even though it’s a hard transition to get to and hard to let go.

At this point, I don’t need to be involved in everything, but transferring that knowledge needs to happen on an ongoing basis to keep things rooted in our vision. Interestingly, our global growth through the Water Innovation Labs has not been as hard as one would imagine. What is hard is nurturing a global network. We are at a stage where we will soon need to look to hire country or regional leads, which will be our next hurdle. 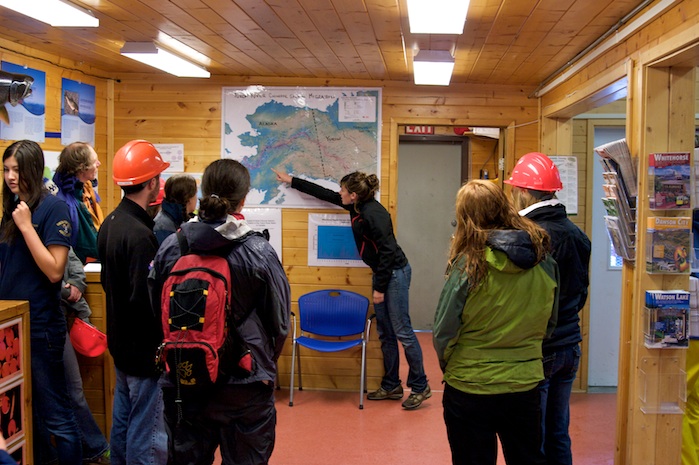 LP: Where do you find inspiration?

KK: I am really inspired by people that are bold, try things out, and know how to take a idea into action; there’s a real confidence in that which I admire. And art, design, architecture—they are my creative place; they give me ideas that I can often translate into programs or value for Waterlution. At the end of the day, young people motivate me, no matter where in the world. Water challenges are not going away on this planet, and diverse groups with diverse skills are going to be needed to solve these growing challenges. I love being a conduit between different groups, different cultures, that is very rewarding.

Follow our blog to continue reading PART THREE of our Interview Series in the coming weeks where Karen talks about Finding Innovation After 15 Years. Interested in learning more about Waterlution’s current and past work? Visit our WILs page here.