Art as an Environmental Education Tool 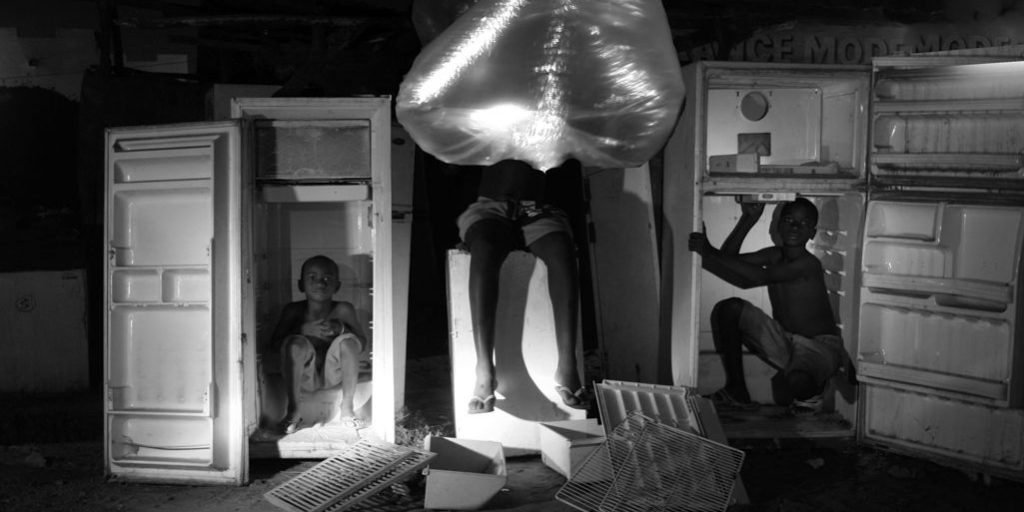 In recent years, creativity and art have been increasingly used to inform a larger and more diverse audience about the importance and urgency of our environmental situation.

Art has activated itself through all of its mediums: whether by using its content, its concept, its material components, or artists changing their behaviors to reduce their environmental impact and to join the movement.

The effectiveness of art to get a message across and lead to action is not to be underestimated; easy reminders are the physical traces of past successes and manifestos covering our museums’ walls.

Here are some inspiring eco-oriented examples.

The effectiveness of film as a medium for change has proven itself countless times, through titles such as:

Without leaving Canada, let’s remember l’Erreur Boréale (The Boreal Mistake). This 1999 film directed by Richard Desjardins, shocked audiences by revealing to the Quebec public our ancient forests devastated by clear cutting. It resulted in the law changing towards more sustainable forest management.

And, of course, the classic Alanis Obomsawin documentary Kanehsatake, which captures the soulfull and courageous fight of the Mohawk First Nation against the destruction of their land, tracing back to a history of displacement and profound disrespect towards both land and people by the white man. It shows very clearly the clash between the occidental state of mind which has lead to so much environmental destruction, and the spirit of Indigenous people that will still stand to protect their homeland, until the end, whatever it may be.

Visual artists integrate ecological thinking into their work in several ways. Whether it’s by upcycling, recycling, or the zero waste movement, change is happening in relation to the source of the materials used. These eco-artists make sure to either produce as little waste as possible, or to transform existing waste into an aesthetic object of contemplation.

Renowned eco artists include Tim Noble and Sue Webster, an English couple who create sculptures from garbage that seem to be just that, until they are lit up; suddenly revealing their projected shadows form images of astounding realism.

Pastel artist Zara Forman uses her classical drawing medium to illustrate images of the Arctic as the ice melts and the ocean levels rise. Her project is inspired by plane flights; she wanted to share a vision of this distant place that eludes most people’s considerations.

Based in Canada and member of the Kitigan Zibi Anishinabeg First Nation, the multidisciplinary artist Nadia Myre, has become internationally known for her touching works of humanity. Using the power of traditional indigenous techniques to handmake works, her pieces speak of justice, social, environmental protection, and cultural production. The vision that is held in indigenous practices on the relationship between humans and production is rich in wisdom, and necessary in these times of ecological education.

Her project is called Laucolo (for “Laurence qui colorie”/“Laurence who colors”), and promotes the different plants that can be locally consumed in each season. Her works, including coloring books, contain relevant information on how to encourage Quebec producers. Thus, she uses her elegant and accessible illustrations, to encourage local and responsible consumption.

In the world of performance art, French artist Laurent Tixador, is a leader in ambitious projects that confront us with the environmental reality. In 2018, he created a hydroelectric power station from recycled materials to supply electricity to his own exhibition. More recently, during his residence inside the fortified house of Monbalen, in France, he embarked on the creation of a small dwelling using only the resources contained within a 50 meters radius.

In Canada, artist Tianna Barton, based in Vancouver, performed “Waiting for the Beach” in the spring of 2019. She laid in a swimsuit on a sidewalk while others were still wearing coats, to signify waiting for global warming and the rise of the oceans which will transform industrial street corners into beaches. This was a direct and effective message, which attracted the attention of national media.

Biophilic design has been a growing  trend in new constructions over recent years. This type of design aims to offer experiences that can usually be found in nature and incorporate them inside buildings. This can be achieved in many ways, including the use of natural materials, of natural light sources and views of surrounding nature.  Biophilic design integrates nature into our living and working spaces. It allows us to reconnect with natural elements without leaving the room, which increases our appreciation of these elements and can contribute to raising awareness towards their protection. Certain designs also teach us information related to the environment in which the building is placed, and its history. Living or working in these spaces has been proven to be much healthier – a reflection of the innumerable benefits of connecting to natural environments. The impact of design is subtle because it reaches only the people who visit or stay in a particular space, but it is important because it has the potential to affect us on a daily basis.

Several artists have shared their concern for the environment through music. A classic example, dating from 1971, is Mercy, Mercy Me (The Ecology) from the great Marvin Gaye.

Music is a wonderful medium for reconnecting to the natural world. I think the soundtrack of the film Koyaanisqatsi by Philip Glass, reminds us of the beauty and the fragility of this Earth which shelters us. Koyaanisqatsi, from 1982, is in itself an ecologically-oriented classic film.

Several performing artists have also taken advantage of their popularity to make high-profile decisions to protect the environment. In 2019, Coldplay notably announced that they would not go on tour to promote their most recent album due to environmental concerns. In France, a collective movement called The Freaks has brought together about sixty artists who are committed to changing their professional and personal habits in order to make them greener. In the United Kingdom, Massive Attack asked scientists for help to make their tours more carbon neutral.

Stanley Aneto, a Nigerian artist, sings of the environmental disaster in order to raise awareness among the people of his country. He believes in the power of the music to spread the message and generate collective action.

Many emerging artists are directly inspired by nature, integrating it into their sound. In Canada, Didacte connects us to nature in his first album, From Here to the Glade, an introspective sound journey that draws on the natural sounds of the Canadian forest, mixed in with synthetic rhythms, for captivating listening.

There is an immense variety of art and artists that have successfully opened and furthered the conversation regarding the environmental crisis, leading in some cases to significant local or international social movements and policy changes.

This article was meant as a little snapshot of this, in the hope to encourage further research and especially to inspire us about how passion and imagination can come together for change.