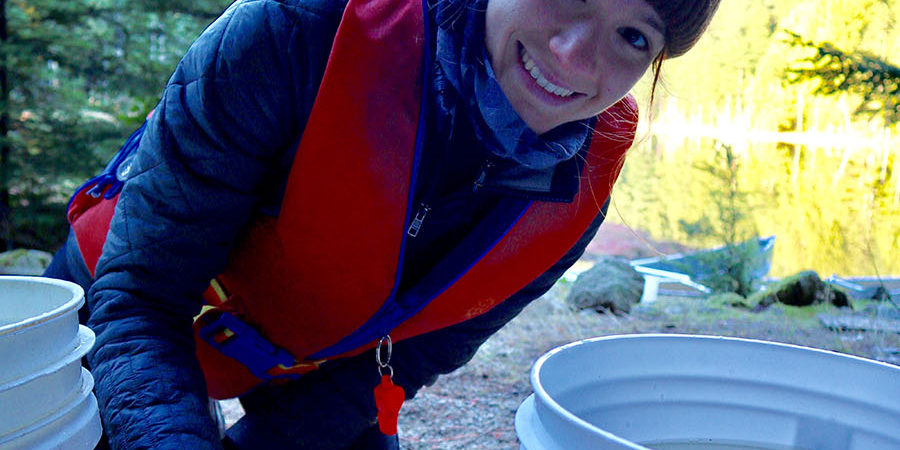 “There is a strong cultural identity associated with being a farmer”, my brother Sam told me as we spoke over the phone last week. As a result, a rigid belief system for practicing farming has formed. What Sam has noticed as he begins his own farming journey, is that there is a big push to find ways to make the old practices work. “As the climate shifts the cauliflower now must be planted earlier in the season and inside a greenhouse”, Sam explains.  But he also wonders whether it is time to try something different. Not necessarily something new but something we have forgotten how to do. Perhaps we need to remember how to listen. Can we re-learn how to hear what the earth is telling us about these new conditions and try to grow better-suited crops under this changing climate?

What we are seeing in weather patterns across the globe are less consistency and more sporadic and intense weather events. Therefore, a crop that can withstand extreme drought and flooding will be incredibly resilient in the new climate we are experiencing in BC.

This type of question has crossed my mind several times since I began my BSc in natural resources conservation at the University of British Columbia three years ago. It is also a question that became even more prevalent when I took a fourth-month position as a forest technician last summer. I stood before thousands of hectares of forest devastated by the severe fire seasons we experienced in 2017 and 2018 and was surprised by the forest industry’s prerogative to continue on with business as usual. As forestry consultants, we were hired by various Licensees and government to lay out cutblocks and salvage the remaining timber. We perform the same silviculture surveys that set standards for planting even-aged forest stands with little species diversity and a resulting lower resilience to disturbances such as fire and insect outbreaks. Just like Sam has been experiencing within the agriculture sector, the forest industry is pushing to make old practices work despite their contribution to the rapid and extensive destruction of British Columbia’s forests.

Sam has begun to experiment with growing rice on the pacific northwest coast – this is currently the most northern rice project in the world. He has been researching 9 types of dry land rice that originate in Japan and eastern Europe. These dryland rice species don’t need to be in flooded fields like most patty rice types. But they were bred from patty rice and thus have the incredible ability to flourish in both droughts and floods. What we are seeing in weather patterns across the globe are less consistency and more sporadic and intense weather events. Therefore, a crop that can withstand extreme drought and flooding will be incredibly resilient in the new climate we are experiencing in BC. This was the driest June Sam has experienced, and he only had to water the crops twice.

Sam has found hope in the climate crisis. He has accepted the reality that our planet is changing. And rather than live in denial or fear of trying something new, Sam is approaching this change with curiosity and optimism. He is looking for ways to feed our bodies and I think he is also finding ways to feed our hearts.

When I arrived at the farm we walked through the rice patch and Sam went through each variety of rice and the hours of research spent deciding which types to use in his experiment. It was astounding to see that many of the rice plants were flowering in their first year.  Sam is hopeful that they will even yield a small crop. However, it is more important to save the seeds from the most successful rice plants than to generate a harvestable crop in the first year. This is because plants adapt quite quickly from one generation to the next and they pass down their knowledge of how to survive in the place they were planted to their seed. This allows the new seed to germinate and grow much more quickly. Done correctly, with mindfulness and recognition of what this land and unpredictable climate can nurture, Sam sees a future for rice farming on the coast of the Pacific Northwest.

This got me thinking about the future of British Columbia’s forest. I chose a degree in natural resources conservation because I fell in love with the temperate rainforests of BC’s West Coast. Forests that boast the highest biomass of any terrestrial ecosystem on the planet. But this designation may not be maintained for long due to the combined effects of poor forest management tactics and climate change. We can’t afford to keep using our old methods because our exclusion and suppression of fire and our planting of commercially valuable monocultures in combination with climate change has ignited the intense and largescale fires that have swept through the province and facilitated the outbreak of mountain pine beetle.

We have to learn to respect the connectivity between the pacific salmon that travel through extensive stream networks within our forests and the value of decaying trees for the survival cavity-nesting birds. We must learn to be open to the possibility that proper management does not mean wiping the canvas clean and planting trees or crops in clean strict rows that lack the complexity plant communities need to remain strong and healthy. We must look to the forest and the knowledge within the trees themselves to guide us towards a more resilient future in the face of climate uncertainty.

As I stood with my brother amidst a field of rice no one would expect to see on an island in the Strait of Georgia, I felt hope for the first time in months. I felt hope because I believe Sam’s teachings and the message they carry goes far beyond agriculture. I can see parallels for approaching new opportunities for sustainable forest management through curiosity. Sam has found hope in the climate crisis. He has accepted the reality that our planet is changing. And rather than live in denial or fear of trying something new, Sam is approaching this change with curiosity and optimism. He is looking for ways to feed our bodies and I think he is also finding ways to feed our hearts.