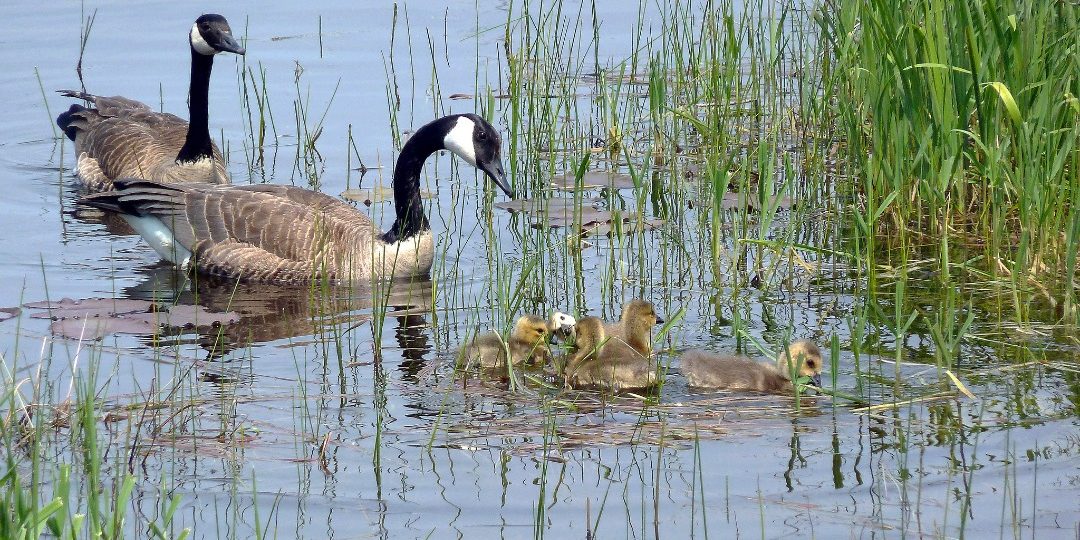 Wetlands have received a lot of favourable press lately.

In the past year, the Ontario government released a draft strategy for managing and growing our estimated 30 million hectares of wetlands from Lake Erie to Hudson Bay, a report that was finalized this month. Meanwhile, recent research from the University of Waterloo’s Intact Centre on Climate Adaptation modelled a future in which Ontario’s wetlands reduce flood damages in urban areas by over $51 million compared to the same area without wetlands. And at the community level, in Stratford, a local museum has partnered with the Upper Thames River Conservation Authority to take an ecological approach to flooding; they’re building a 300-square-metre wetland. “We are simply filtering and slowing down storm water runoff in a natural way,” Alison Regehr, a conservation services technician with UTRCA, told the Beacon Herald: “Soil samples indicate that, historically, there were wetlands in the area.”

All this attention (and more) is welcome news. These semi-aquatic, semi-terrestrial spaces pack an ecological and economic wallop. Whether it’s habitat for fish and waterfowl or protecting cities from floods by absorbing excess water, wetlands, in the form of fens, marshes, bogs or swamps, are found all around the Great Lakes and across Canada, performing ecosystem services worth an estimated $14 billion for the people of Ontario alone.[4] But beyond the dollars and cents, wetlands in all their forms are unbelievably biodiverse places for exploration by boat or boardwalk. And whether you’re looking for a fen-swamp-bog combination wetland (like those at Misery Bay Provincial Park on Manitoulin Island) or an estuarine marsh (like that at Mississagi Delta Provincial Park east of Sault Ste. Marie), Ontario’s got you covered. 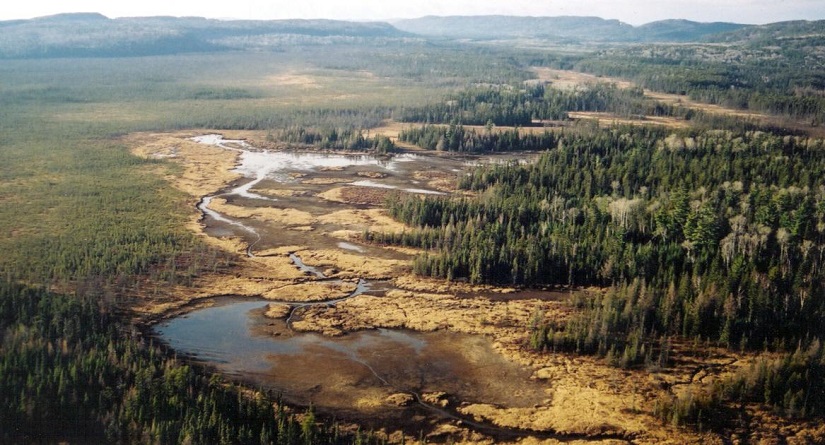 But last week, new research out of the University of Waterloo has expanded on another benefit for wetlands, one that could prevent dangerous levels of phosphorous and nitrogen from agricultural fields from leaching into the Great Lakes. Both fertilizer chemicals are leading causes of lake-suffocating algal blooms, resulting in thick, soupy green blankets of algae choking beaches, shorelines and, occasionally, drinking water supplies.

Published in Water Resources Research, UW civil engineering professor Nandita Basu and PhD candidate Fred Cheng looked at 1,604 data points from 600 locations, written in hundreds of studies from around the world, examining how effectively wetlands filter contaminants. The fact that wetlands are sponges for whatever passes through them is long-established: the question most often asked for landscape-scale wetland restoration, Basu and Cheng write in the report, is whether restoring an equal area of small wetlands versus fewer, bigger wetlands would result in the same volume of nutrients removed.

A wetland is a wetland is a wetland, right? Apparently not. Basu and Cheng found that not all wetlands are created equal. Many small wetlands are much more effective at removing nutrients like phosphorus and nitrogen from water than their larger counterparts. The key to their success? More water is touching the nutrient-absorbing soil beneath the wetland in numerous, little marshes, boosting their capacity to keep pollutants from heading downstream to larger bodies like the Great Lakes. “The observation of a greater fraction of nutrients removed by smaller wetlands is significant,” they write in the report, “especially in the context of the current loss of protection for smaller wetlands on the landscape.”

That oft-reported loss is pretty staggering. More than 70 percent of coastal, lake and terrestrial wetlands throughout the province have been drained and paved over, a sad statistic that’s even worse in Southern Ontario’s urban areas. There, upwards of 95 percent of historic wetlands have been destroyed.

Perhaps it’s unsurprising then that algal blooms in Lake Erie exploded in the 1960s and 1970s at the same moment that Southern Ontario’s population began ballooning. Between 1971 and 2016, Ontario’s population grew by 62 percent from 8 to 13 million, eating up farmland and wetlands to expand cities and build suburbs to house all these new people. The disappearance of small wetlands throughout the Great Lakes basin has significantly hampered nature’s ability to clean up our messes, Basu and Cheng write: “These smaller wetlands on the landscape provide critical watershed functions, and thus warrant greater protection than is currently provided.” The disparity between large and small wetlands, they note, must be taken into account when societies map out wetland protection and restoration plans. 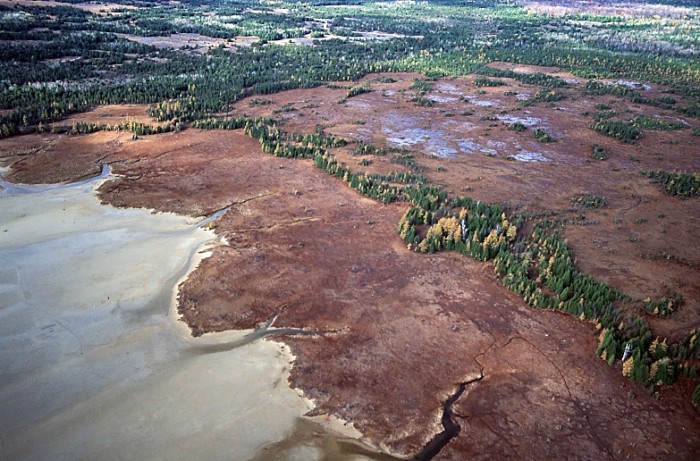 The link between healthy wetlands and healthy Great Lakes is clear. Commenting on the province’s recently released wetlands strategy (which will give $1.9 million to Ducks Unlimited to restore wetlands in Southern Ontario), Tim Grey, head of Environmental Defence, claimed Ontario will struggle to meet its 40 percent phosphorus reduction target for Lake Erie if conserving and restoring wetlands isn’t a bigger priority. “Ontario needs to protect wetlands if it wants to keep Lake Erie and Ontario alive and full of fish and drinkable water,” he writes.

While the Basu study arrived too late to inform Ontario’s wetlands strategy, small groups have realized they have the power to take wetland construction and restoration into their hands. We already talked about the Stratford Perth Museum’s small-scale efforts, and they’re not alone. Ducks Unlimited has long offered rural landowners a low-cost, five-step blueprint for creating or restoring wetlands on their property. “Restoring wetland habitat was the best choice we could ever have made for this marginal piece of farmland that flooded every spring and never once produced a viable crop,” says Anita Kitkowski, a Fergus, Ontario farmer who participated in the Ducks Unlimited program.

Since 2007, the Toronto and Region Conservation Authority has constructed dozens of hectares of new coastal marshes at Tommy Thompson Park west of Toronto. Unhappy with less than 1 percent wetland cover in their watershed, the Kettle Creek Conservation Authority south of London set a goal in 2013 of restoring and creating new wetlands with the help of local landowners willing to preserve their property as marshland. And as part of the RBC Blue Water Project, the Centre for Alternative Wastewater Treatment at Fleming College has investigated the use of tundra wetlands in the far north to treat municipal sewage.

All are valuable examples not only of the services wetlands provide but the ways in which we’re beginning to work with natural systems for their benefit—and ours.