A Glimpse of the Disparity in Food, Energy, and Clean Water in Canada 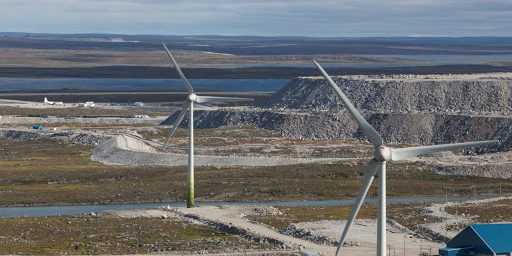 Have you heard of the Water – Energy – Food Nexus?

Many people haven’t, but it’s an emergent theory that has gained popularity in sustainable development. This theory studies the interconnections between water security, energy security, and food security. This means that decisions made in one sector will inherently change the other sectors [1]. This theory has become an emerging theme in Waterlution’s, Water Innovation Labs, as it provides participants the tools to understand the links between each of these sectors.

Why is it important?

Water, Energy, and Food are important for human wellbeing and are pillars in poverty reduction. Therefore, solving local challenges involving WEF Nexus is imperative in sustainable development across the globe [1].

How are they linked?

Water is not only important for our sustenance, it is vital for many industries like food production, forestry, fishery, energy production and transportation [1]. Energy is needed for the growing, transportation, and distribution of our food. Energy is  also needed for the collection, distribution,allocation of water, and treatment of water. Food production and its supply chains require 30% of the global energy consumption [1]. In addition, food production in Canada required 2.95 cubic metres of water to irrigate crops in 2018 [14].

Why do we need to address challenges involving WEF now?

Global populations are projected to reach 9.6 billion by  2050 which will increase the competition for resources between different countries, regions, and industries [2]. This competition will have unforeseen implications on the economy, food supplies, and the environment. Without adaptive strategies emplaced now, disparity and resource challenges will only be exacerbated.

What are the first things that come to mind when you hear, Canada?
For most the answers include: universal healthcare, cultural diversity, the beautiful glacial lakes in our many National Parks, maple syrup, the rare wildlife, hockey, and the varied landscape across the country.
Canadians living in cities and non-Canadians may not realize the disparity within this country when it comes to food, clean water, and energy. This is mainly due to the fact that 86% of the country’s population lives in the southern part of the country, closest to Canadian/US border [3]. The Northern parts of Canada, which consists of the Yukon, Northwest Territories (NWT), and Nunavut, make up 39% of Canada’s total area but only comprises of 1% of the total population [4].

Traditionally, many northern communities would share intergenerational teachings about the landscape and traditional methods of gathering food like hunting and fishing [8]. However, in recent years there has been a loss of this transfer of knowledge to younger generations, due to colonization and the forcing of the Western World view on Indigenous communities, making food scarcity more prevalent in these areas [17]. Also, the impacts of climate change are disproportionately impacting the Arctic making this unique ecosystem more fragile [8]. Climate change has made traditional travel routes more dangerous as these routes typically rely on thick ice, which have become less predictable [8]. Resource extraction projects also obstruct access to traditional food sources [8]. Without access to these routes, many communities are cut off from their traditional hunting and fishing grounds forcing them to rely on shipped food from the south [8]. Distribution of food to the north not only takes longer but the method of transport can cause extremely inflated prices on produce which are not as fresh on arrival. The impact of this are communities in the North experiencing chronic health problems due to the transition from nutritious high protein diets to low nutrition high sugar and carbohydrate diets [8].

Some studies have shown that food scarcity occurs less in Indigenous communities where traditional methods of harvesting continue [8]. Typically, when these practices occur, the harvest is shared amongst community members [8]. The greatest factors that influence food security in the north is easy road access to the communities and knowledge/ access to traditional food sources [8].

Climate change has influenced the hydrological cycle in northern Canada. The rise in temperature has caused seasonal shifts altering the amount of snow and ice which has increased the evaporative stress in many lakes. This phenomena has reduced water availability in the north, which is further strained by the increased demand for freshwater in communities with growing populations [9].

Water availability is not the only factor in the water crisis in the north, the lack of water infrastructure is also a huge problem as it lowers the quality of available water. In addition to the lack of infrastructure, water governance in northern Canada is fragmented between local, regional, and federal governments [9]. The federal government has primary stewardship over water and natural resources [9]. However, responsibility for various aspects of water management including the provision of safe drinking water has more recently been assigned to the territorial governments. This poses a challenge for certain territories, like Nunavut, who does not have an agency or person in charge of freshwater management and policy [9]. The NWT has started to incorporate stakeholders in water management and distribution to remote communities, and the Government of Yukon is responsible for the distribution and treatment of water. Larger municipalities have access to fragile piping systems, but for the more remote communities they rely on water being trucked or flown to them [9].

In Nunavut, water scarcity has led to water shortages which resulted in the pumping of surface water from nearby lakes (Araviat 2011, Igloolik 2015) [9]. The emergency pumping of water was done without proper planning, filtering, or treatment potentially exposing residents to contaminants, while also possibly permanently damaging local lakes [9]. In recent years, pollution from mining projects and completed resource extraction projects have contaminated surface and groundwater sources impacting local wildlife, and residents [9]. The ongoing strains put on Arctic waterways have permanent implications on the availability of drinking water and the habitat for fish and wildlife which the northern communities rely on for food.

The drawback of not being connected to the power grid for the rest of Canada is that they do not benefit from affordable electricity like the rest of Canadians [10]. Unsubsidized residential electricity rate is over 9 x higher ($1.14/kWh) than the Canadian average ($0.12/kWh) [10]. The cost for electricity fluctuates more in the north as it changes with the cost of oil [10]. These generators are also not capable of producing enough energy for large towns, and therefore fuel mini grids within communities [11]. Diesel is not only used for electricity, but is a necessary fuel for transport across the North, and without adequate financial assets residents are restricted in mobility.  These compounding factors slow down the ability for these communities to benefit from an economy of scale and their ability to access traditional foods [11].

The main concern for diesel generators is their polluting and toxic emissions which pose health risks to residents and release greenhouse gases  into a fragile environment [12]. In addition, many diesel generators are outdated and pose fire risks, which occurred in Pangnirtung, leaving the community with power outages in nearly minus  20°C weather[12].

The interlinks between food, energy, and water exist globally, but Northern Canada provides a great opportunity to create innovations that can withstand harsh climate as these communities are in need of long term solutions. The challenges in water and energy generation have direct impacts on the ability to access traditional food by residents. Another barrier with northern Canada is the lack of place specific research, which can be used to guide policies in  communities. There is broad research on climate change implications on water hydrology and ecology on species in the Arctic, but this isn’t specific enough to be utilized on smaller scales.

There is also a greater need for collaboration with Indigenous people in the governance of natural resources in the north. These communities are disproportionately experiencing the effects of climate change, but also carry multi-generational traditional ecological knowledge of the Arctic landscape which is key in managing resources and guiding policy. A great example of an innovative pilot program attempting to reduce food scarcity, is the off grid green houses project by the Arctic Research Foundation [14]. This project employs residents from Goja Haven, Nunavut, who then lead in the growing of crops in renewable energy fueled green houses [14]. Their next goal is to start growing local wild berries, and native plants from this region with the guidance of community elders [14].

Another amazing project targeting food security in the Northwest Territories is the climate change and food security action plan developed with the Ka’a’gee Tu First Nation (KTFN) [18]. This project was led by the KTFN in collaboration with Wilfrid Laurier University (WLU) and Ecology North (a partner of Waterlution’s Youth Program), which looked to develop tools to ensure access to food for future generations [18]. This project collected observations on the changes of the land, animals, and water over the past few years as a result of climate change [18]. This observational and traditional knowledge was shared with younger generations to provide them with the skills to continue foraging and hunting traditional foods [18]. As climate change continues to modify the landscape in the north, growing food to supplement the unpredictability of the hunting and wild harvesting season is important [18]. This partnership between the KFTN, Ecology North and WLU differs from previous projects because of its involvement with the whole community in the cultivation process [18]. Involving the whole community instead of mentoring one or two community champions would reduce the loss of cultivation knowledge once those individuals left the community [18]. This project, which started in 2015, has been successful in providing potatoes, greens, and vegetables for the KTFN community which are shared and enjoyed within the community [18].